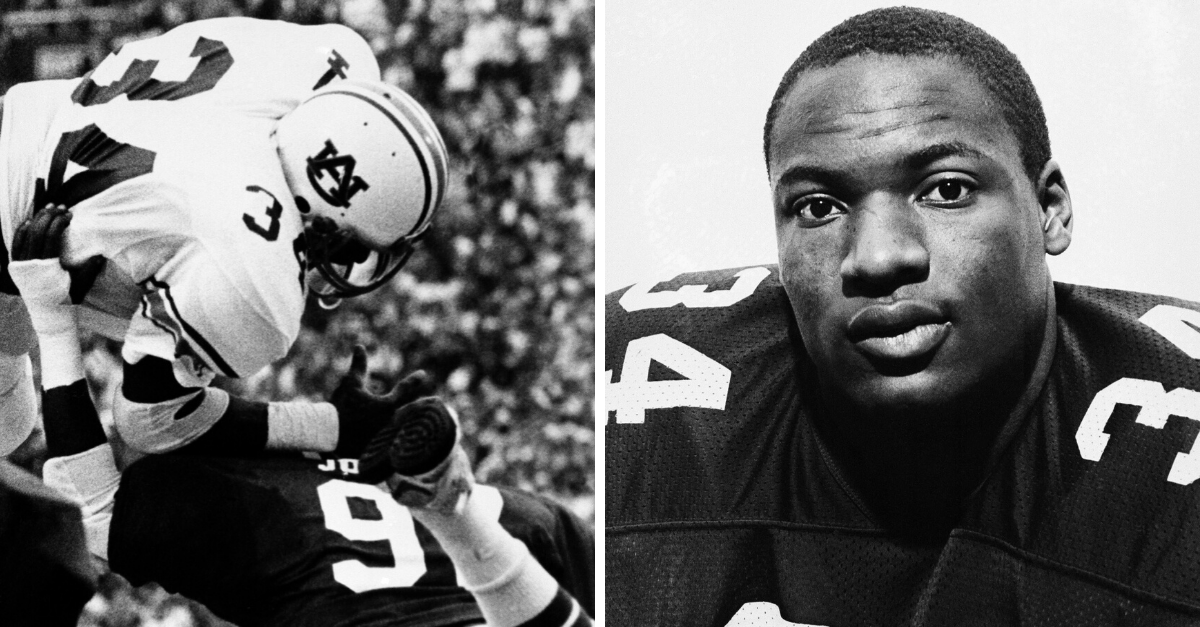 One year after Paul “Bear” Bryant‘s Alabama Crimson Tide ran off two late touchdowns to come from behind and beat the Auburn Tigers, the Iron Bowl had a different feel heading into the 1982 game. The Crimson Tide were in the midst of a nine-game winning streak against Auburn, but this game had something that hadn’t been around in the past.

The top-player in the nation, Vincent Edward Jackson, was considering only two schools: Alabama and Auburn. When Tide recruiters told Bo Jackson that he wouldn’t see significant playing time until his junior season, Jackson committed to play for head coach Pat Dye, became the opening day starter as a freshman, and began a legendary college football career at Auburn in 1982.

Heading into the ’82 Iron Bowl, the Tigers were 7-3 coming off a 19-14 loss to the top-ranked Georgia Bulldogs the previous week. The Tide were also 7-3, having lost back-to-back games to LSU and Southern Mississippi heading into this game.

Both teams were unranked heading into the Iron Bowl, and they slugged it out until Auburn had the ball late in the game facing third down from the 1-yard line. Trailing 22-17 with just over two minutes left in the fourth quarter, it was time for Bo Jackson’s shining moment.

Jackson approached Dye with an idea: “Coach, I was a 7-foot high jumper in high school. Why don’t we go over the top?”

Quarterback Randy Campbell turned and handed off to Jackson, and what happened next became one of the most iconic plays in college football history and delivered Auburn football its first Iron Bowl win in a decade.

Bo Over The Top

Auburn fans tore down the goalposts of Legion Field’s end zone in Birmingham, Alabama, Pat Dye was carried off the field, and the legend of the future Heisman Trophy winning running back exploded into a national phenomenon in what simply became known as “Bo Over the Top.”

This game turned the tide for the Auburn Tigers, who went on to an 11-1 record, an SEC Championship, a Sugar Bowl victory and the No. 3 ranking in the final AP poll the following season. Oh, they also got one of the most memorable performances in Iron Bowl history, once again, from none other than Bo Jackson during that 1983 season.