Auburn University athletic teams have always been known as the Tigers, but they also famously use another animal on game days.

If you are watching an Auburn Tigers football game, not only will you see the Auburn mascot, aptly named Aubie the Tiger, but you will also see and hear War Eagle. This isn't another mascot, but it is their war cry, which they have done for at least 100 years.

Make no mistake, Auburn football does not use the eagle as a mascot or nickname in any way. The War Eagle is simply their "battle cry" that they have used since as early as 1892, but there is no definite point that the tradition began.

Why Does Auburn Say 'War Eagle'? 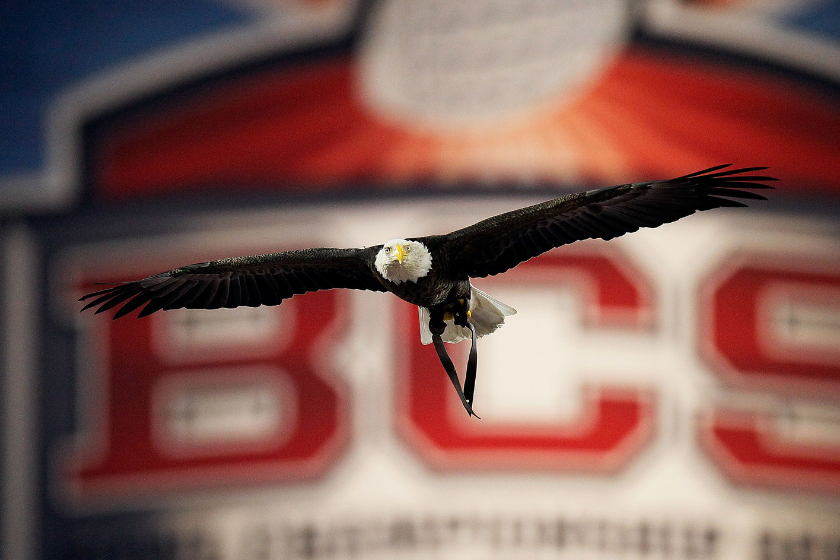 On the Auburn Tigers' website, there are four different stories behind the eagle tradition that encompasses the Auburn spirit. The first took place in 1892 and the most recent happened in 1913. So it is a tradition that has been around for a long time, but there is no proof of where it actually came from. Seriously. Ask any member of the Auburn family and they'll give you a different story.

Today, the university uses live eagles at sporting events to pump up the crowds, and in the last two decades, have allowed eagles to fly free around stadiums and arenas. You can find them at each Auburn game of the football season played at Jordan-Hare, especially if it's the Iron Bowl against 'Bama.

You don't see the Atlanta Falcons flying their avian namesake around before NFL games.

The school even named their fight song after the tradition, introducing "War Eagle" in 1955. The marching band plays "War Eagle" throughout all games and after their teams' score. "War Eagle" is also played from the campus clock tower, Samford Hall Clock Tower, every day at noon.

RELATED: SEC Football Traditions Are Unlike Any Other, But Here are 14 of the Best

They don't just use it as a war cry, though. They also try to use their golden eagles as an opportunity to "promote wildlife conservation."

"The role of Auburn University's eagles is to promote wildlife conservation as a part of the education initiatives of the U.S. Fish & Wildlife Service and the College of Veterinary Medicine's Southeastern Raptor Center. The USF&WS permits the Raptor Center to house eagles and use them on hundreds of educational presentations each year -- including Auburn's home football games."

Currently, the eagle flying over Auburn's college football team at Jordan-Hare Stadium is Aurea. Aurea was introduced as War Eagle VIII in 2019 after Nova, which served as War Eagle VII since 2006, was retired from pregame flights due to an on-going medical condition.

Another eagle, Spirit, will retire during the 2021 season. Spirit is special because she is the only American bald eagle to take flight at Auburn and is easy to spot since she has a white head unlike the rest, which have been golden eagles. Her first game flight came in 2001, and she is not able to be released back into the wild due to a beak injury. Bald eagles are actually common in the Alabama wilderness and also in Auburn. 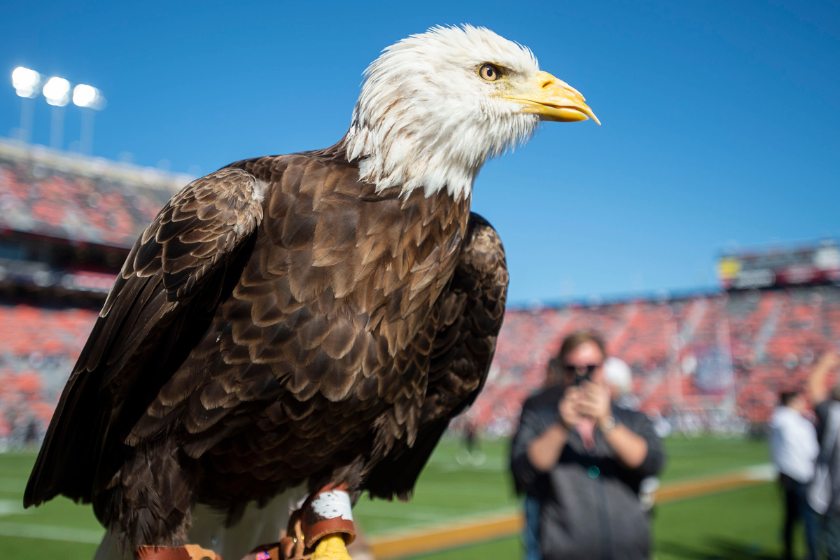 Eight birds have served the school as the War Eagle with the first time supposedly flying over the football field in 1892.

Because the tradition is so old, it is tough to point to exactly when and where it all started. But the school offers four different origins as how Auburn's battle cry came to be tied to the University.

OTD 1892, the Deep South's Oldest Rivalry was born as Dr. George Petrie led Auburn to a 10-0 victory over GA at Piedmont Park in Atlanta.

But did you also know that.....
"War Eagle", #Auburn's battle cry, was started at this game as well. #WarEagle pic.twitter.com/nNKUCRSjpy

RELATED: Why Are Auburn's Colors Orange and Blue?

The most popular story is from 1892, when a Civil War veteran was at a game between Auburn and Georgia with his pet eagle he had found during the war. The bird was named Anvre and is now known as War Eagle I, the first of seven in school history, according to AuburnTigers.com.

"According to witnesses, the eagle suddenly broke free and began majestically circling the playing field. As the eagle soared, Auburn began a steady march toward the Georgia end zone for a thrilling victory. Elated at their team's play and taking the bird's presence as an omen of success, Auburn students and fans began to yell 'War Eagle' to spur on their team. At the game's end, the eagle took a sudden dive, crashed into the ground, and died." 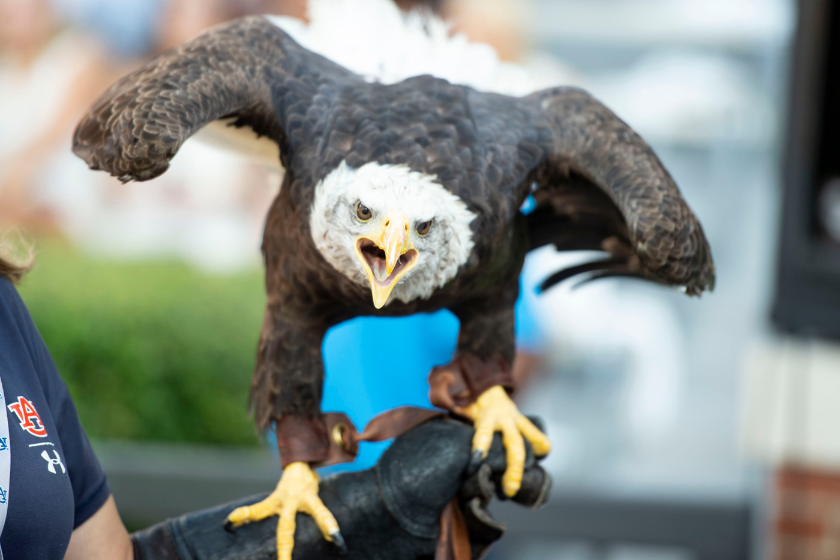 Another story behind War Eagle is actually due to a misunderstanding. During a 1914 game against the Carlisle Indians, the toughest player on the opposing team was named Bald Eagle. To tire him out, the Tigers would keep running the ball directly at him, according to AuburnTigers.com.

"Without huddling, the quarterback would simply yell out, 'bald eagle' and the Tigers would attack. Spectators mistook 'bald eagle' for 'war eagle' and began shouting it every time the Tigers came to the line. When Lucy Hairston scored the game-winning touchdown for Auburn, he supposedly yelled 'War Eagle,' and a new Auburn tradition was born."

We?ll see you tonight at 6:00 PM for Auburn?s annual Homecoming Parade! We hope to see you on Samford Lawn immediately following the parade for the homecoming pep rally as well. War Eagle! pic.twitter.com/HE6sdevfy8

In 1913, in the midst of an Auburn undefeated season, the students held a pep rally at Langdon Hall, according to AuburnTigers.com.

"The head cheerleader said, 'If we are going to win this game, we are going to have to go out there and fight, because this means war.' At that moment an eagle emblem fell off a students military hat. Asked what it was, he reportedly shouted, 'It's a War Eagle.' The next day it became the favorite student cheer when Auburn beat Georgia, 21-7, to win the SIAA championship."

This one doesn't have a specific date because it is built more out of an ideology than an actual story. But it is cool because it stems from history of war, according to AuburnTigers.com.

"Some say that Auburn fans adopted the 'War E phrase due to its connection with Saxon warriors who used the yell as their battle cry. When buzzards would circle the battlefields, settling among the dead, the Saxons began calling them 'war eagles.'"

This article was originally published June 17, 2019. It has been updated since Spirit announced her retirement.