"One small step for man, one giant leap for mankind."

It's not Shakespeare, Keats or Angelou, but it's poetry to me.

Whether you believe the moon landing was real or not, astronaut Neil Armstrong will always be known as the first man to walk on the moon, where he uttered his famous phrase, "One small step for man, one giant leap for mankind."

When Apollo 11 landed in the Sea of Tranquility on July 20, 1969, history was made with Armstrong's famous words, but the legendary moment in time was almost totally different. Had it been Auburn University graduate Clifton C. Williams landing on the moon in the lunar module named The Eagle, the famous first words millions heard around the world would have been 'War Eagle!'

The War Eagle Reader wrote a piece on Clifton C. Williams back in 2012, 43 years to the day after the first moon landing. The 1954 Auburn graduate was in line to be on the now-historic Apollo 11 mission, and if Williams had gotten the nod from the NASA space program, he would have embraced his college heritage upon landing by exclaiming the Auburn war cry.

In a story published by the Plainsman in its July 25, 1969 issue, Williams, who was on the backup crews for the Gemini 10 and Apollo 9 missions, as well as on the list of candidates to pilot the first moon mission, would have pissed off a lot of Alabama Crimson Tide fans had he walked on the moon first. 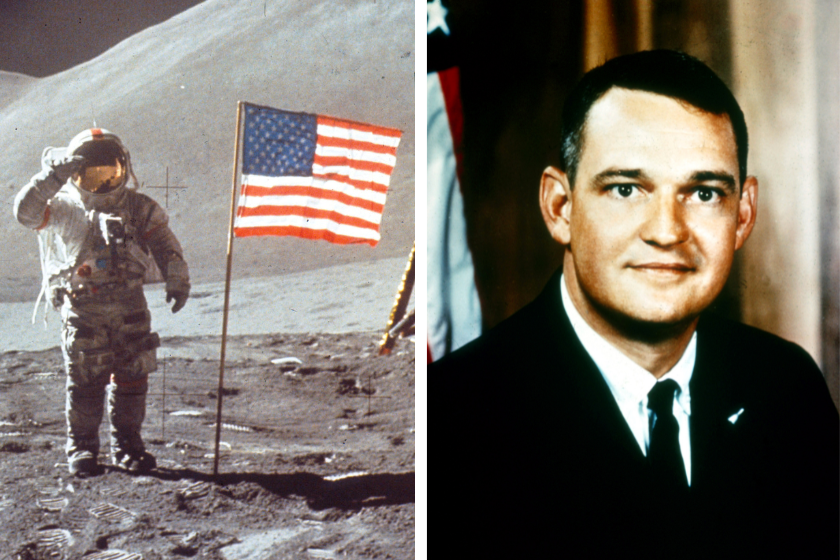 This never came to be, however, as Williams passed away piloting a T-38 jet trainer two years before the Apollo 11 mission, while he was traveling from Cape Canaveral to his hometown in Mobile. Williams' spot as the backup pilot for the Apollo 9 mission was later taken by Alan Bean. That crew later become the flight team for the Apollo 12 mission, which was the second lunar module to land on the surface of the moon.

Williams never reached the lunar surface before his death, however, the crew of the Apollo 12 mission made sure his legacy was not forgotten. Bean suggested that the mission patch have four stars, not three, one for each crew member and Williams. In another touching gesture, Bean took William's naval aviator wings and his silver astronaut pin with him on the mission. When able, Bean made sure that both items of Williams' found their way to the lunar surface, where they will stay for all eternity.

Why Does Auburn Say War Eagle?

There are several stories behind Auburn University's tradition. The most popular story dates back to 1892, when a Civil War veteran brought his pet eagle to an Auburn football game against Georgia. That golden eagle, named Anvre, became known as War Eagle I and started the long-standing tradition that is carried on today at Jordan-Hare Stadium. Pre-game flights by the bald eagle mascots and Auburn's battle cry at home football games make for one of the most electric entrances you'll find in college football.

For Auburn Tigers fans everywhere, the 'War Eagle!' chant means everything to their Alabama community. For the rest of us, it almost meant the first words we'd ever heard transmitted from 238,900 miles away back to the Kennedy Space Center here on Earth.

This article was originally published January 2, 2019.

MORE: Auburn's Colors Were Stolen From Another School