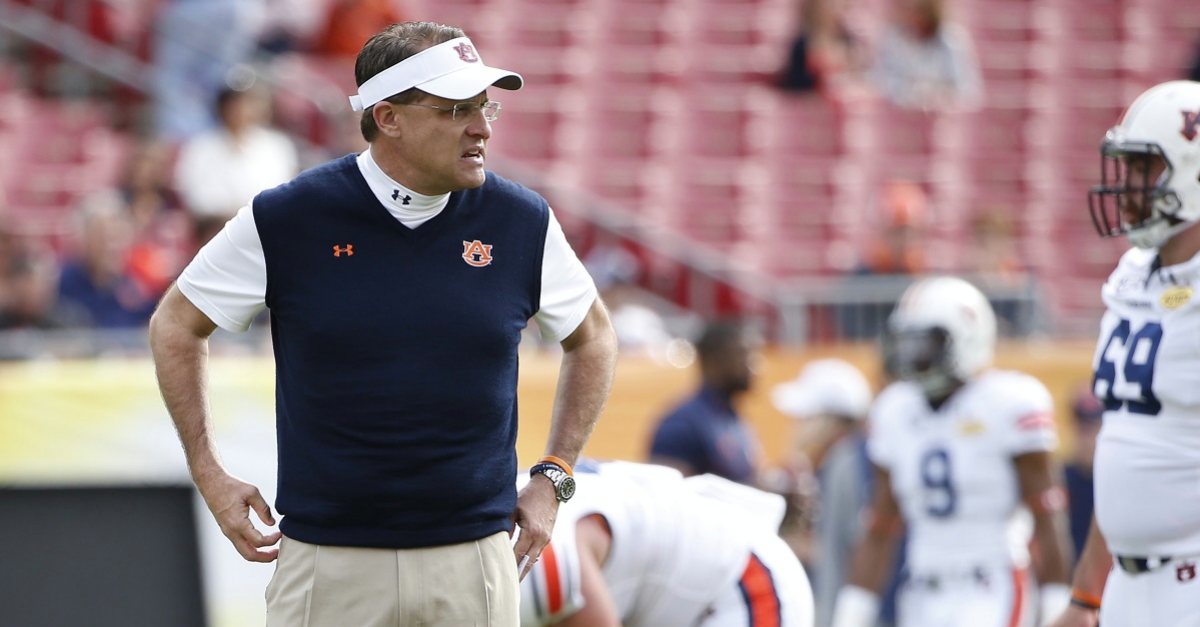 The 2017 Iron Bowl is upon us and, this time around, the SEC West title and a berth in the SEC Championship Game directly hangs in the balance. Alabama enters as the consensus No. 1 team in the country and, while Auburn has two losses, the Tigers have been rolling lately and boast a resume that includes a blowout win over SEC East champ Georgia.

However, the game itself isn’t the only thing taking headlines in the lead up to kick-off, as Auburn head coach Gus Malzahn has been in the news with regard to the potential opening at Arkansas. Because of his lengthy ties to the program, Malzahn feels like a home run hire for the Hogs but, as the Iron Bowl arrives, Matthews Stevens of the Montgomery Advisor brings word of Malzahn’s not-so-extensive thoughts on the scenario that lands him in Fayetteville.

“One week you’re getting fired and the other week you’re taking another job. I’m worried about the dern SEC West championship.”

Malzahn understandably does not want the focus to be on his potential next job, especially with the arch rival on the schedule next. Still, this isn’t a story that is going away and that will be doubly true if Malzahn is unable to lead his team to a home win over the Crimson Tide this weekend.

We probably won’t know about Gus Malzahn and Arkansas for a while, but he is right in that the SEC West will be decided this weekend.