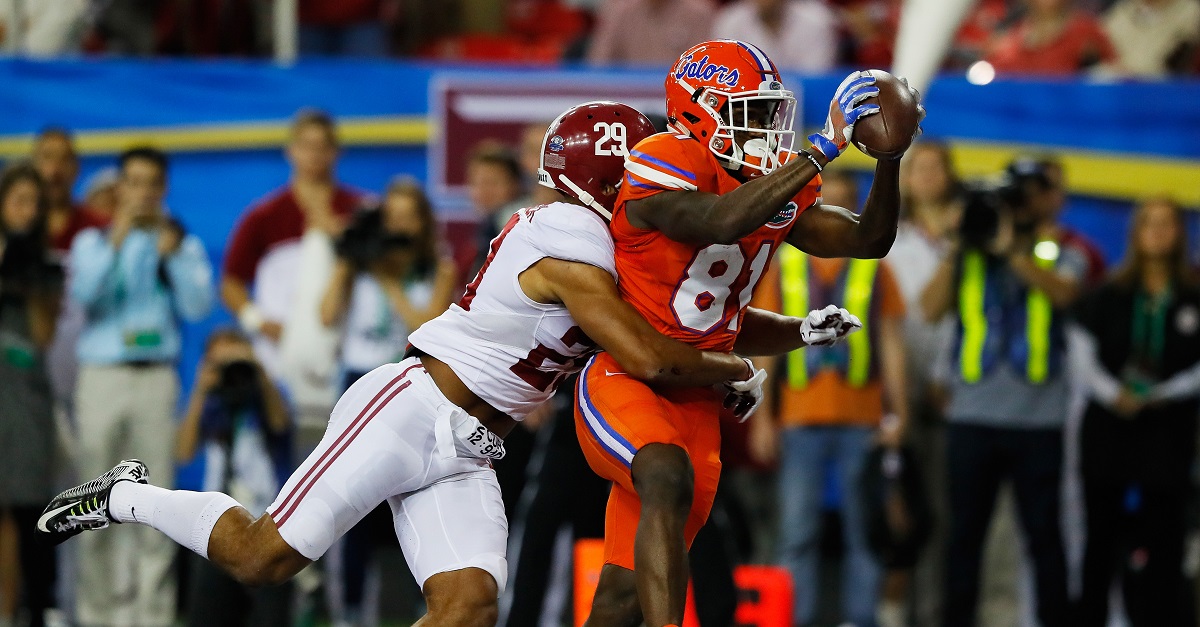 Florida Gators wide receiver Antonio Callaway will reportedly sign with an agent and enter the 2018 NFL Draft, according to a tweet by Neil Stratton from Inside The League.

#Gators WO Antonio Calloway, who was suspended and did not play in the '17 season, has signed w/Mel Bratton of @MB5sports & will enter the '18 #NFLDraft.

The junior did not play in the 2017 season after being suspended by former head coach Jim McElwain for his involvement in a felony fraud case. Callaway was among seven players that were suspended after they allegedly used stolen credit cards to fund their bookstore accounts. Callaway was also cited back in May for possession of marijuana and was also at the center of a Title IX sexual assault accusation last season.

Callaway established himself as one of the team’s top offensive weapons during his time at Florida. He caught 35 passes for 678 yards during his freshman year in 2015 and had 721 yards receiving and four touchdowns during his sophomore campaign. He was once thought to be a first-round talent in the NFL, but it remains to be seen if he’ll ultimately be taken that high given his off-the-field issues.

Regardless of where he’ll be drafted, his collegiate career is now over after reportedly signing with an agent.