The University of Florida's all-time great college football players are all obvious. Their names are plastered on bricks outside Ben Hill Griffin Stadium. Some are immortalized forever in statue form.

Tim Tebow is the greatest college quarterback of all time. Steve Spurrier and Danny Wuerffel won Heisman Trophies in the orange and blue, too. Emmitt Smith went on to amass more rushing yards than anyone else in NFL history.

What some fans may not know as they flood Gainesville and fill The Swamp on Saturdays is that UF's true rushing king isn't Smith. It isn't Fred Taylor, either. 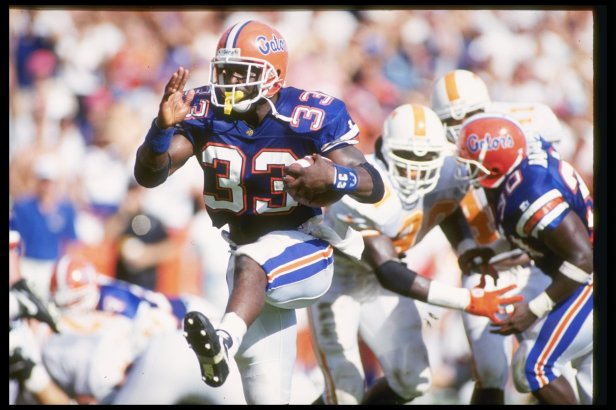 Errict Undra Rhett was born in Pembroke Pines, Florida and excelled as a two-way athlete at McArthur High School in Hollywood, Florida. Twice he was a state champion in wrestling for the Panthers before accepting a scholarship to play running back at Florida under head coach Steve Spurrier.

The 210-pound back redshirted when he arrived on campus in 1989 but quickly earned the starter role the following year in 1990. He rushed for 845 yards and gained more than 1,000 yards from scrimmage as a key cog in Spurrier's "Fun 'n' Gun" offense.

In 1991, Rhett posted 1,109 rushing yards and nearly 1,500 yards from scrimmage. He added 10 touchdowns and helped the Gators win their first ever Southeastern Conference title.

He broke Smith's school rushing record as a senior and finished his legendary career at Florida with 4,163 rushing yards and another 1,230 receiving yards on 153 receptions. In his final game, he was named MVP of the 1994 Sugar Bowl as Florida pounded West Virginia, 41-7.

To put his numbers in perspective, only two players in SEC history totaled more yards than Rhett when he finished his collegiate career: Bo Jackson and Herschel Walker. He was also the first player in Division I history to rush for more than 4,100 yards and catch 140 passes.

So, why isn't Rhett's jersey littered around Gainesville like other Gator greats?

It could be for a number of reasons.

For starters, Florida didn't win its first national championship until 1996. Rhett was long gone by then, and as we've seen with Tebow and Wuerffel, Gator fans worship players and coaches who bring home national titles. 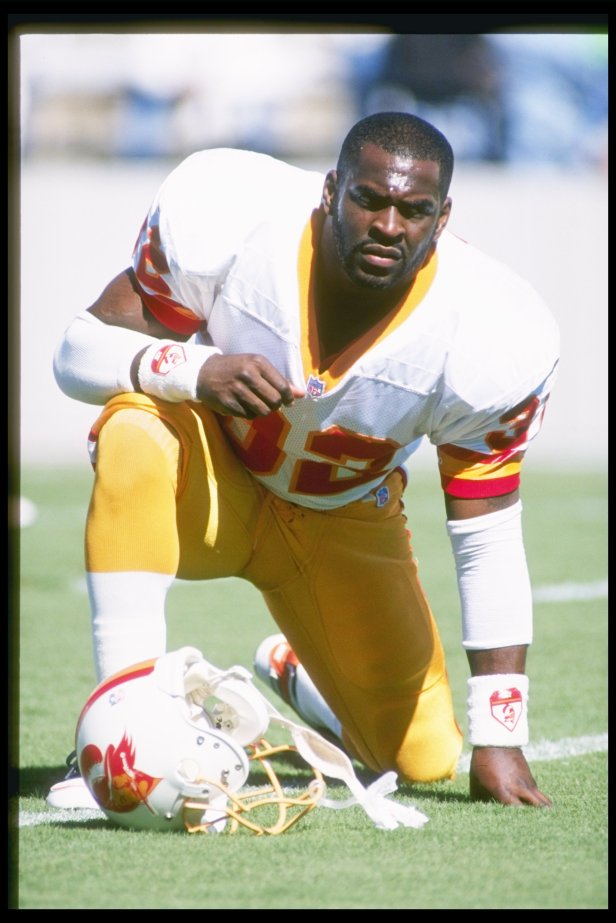 Rhett also didn't go on to engineer the same pro career as Smith (to be fair, no one did). He was drafted by the Tampa Bay Buccaneers in the second round (34th overall) of the 1994 NFL Draft and actually put together some impressive seasons in Tampa.

Rhett posted more than 2,200 rushing yards and 18 touchdowns across his first two seasons as a Buccaneer but was never able to replicate his 1994 rookie and 1995 sophomore seasons. He spent a few years with the Baltimore Ravens and Cleveland Browns and finished his seven-year NFL career with 4,143 yards and 32 total touchdowns.

Still, he didn't win Super Bowls like Smith did with the Dallas Cowboys. He didn't win any NFL MVP awards like Smith did. He went to the playoffs once with the Bucs in 1997, but barely played in the team's Wild Card win over the Detroit Lions and NFC Divisional round loss to the Green Bay Packers.

Rhett's NFL career more resembles that of Percy Harvin, who briefly starred with the Minnesota Vikings and Seattle Seahawks before injuries and concussions derailed his career, rather than someone like longtime Jacksonville Jaguars running back Fred Taylor.

Ran into my old teammate @ErrictRhett at halftime. Now we need to turn it up in the 2nd half #GoGators pic.twitter.com/RN2BApt5r1

Now, Rhett is 51. He ran into financial and legal trouble back in 2015, when a judge ruled he attempted to commit fraud by "transferring the deed to his house from his nonprofit corporation, The Errict Rhett Foundation, to his construction company, Errict Rhett Construction," according to The Independent Florida Alligator. Per the article, he owed more than $100,000 and was set to lose his house.

He had three children, son Errict Rhett Jr. and daughters Morgan and Amaurri. His son played football at Florida Atlantic University as a wide receiver in 2018.

Rhett's golden years came in Gainesville, where he was a two-time First-Team All-SEC back and First-Team All-American in 1993. He was inducted into the UF Athletic Hall of Fame as a "Gator Great" in 2005.

The Gainesville Sun in 2006 named him the 34th best player in Florida's first 100 football seasons. As that article points out, he had almost 200 more carries than anyone in school history.

He didn't have the speed of someone like Emmitt Smith, but Errict Rhett was a bruising back and the definition of a workhorse. He helped Spurrier turn the Florida Gators into an elite program in the 1990s, which ultimately led to their 1996 national championship.

MORE: Emmitt Smith's Net Worth: How The NFL's Rushing King Racked Up Millions