The University of Florida loves tradition. How can you not love the "Gator Chomp" or singing "We Are The Boys" and "I Won't Back Down"? Everywhere you go, whether it's on campus or in the Gainesville community, there's always something that makes Gator fans want to scream 'Go Gators!" at the top of your lungs. Nothing embodies that spirit quite like Albert E. Gator and Alberta Gator.

When the Florida Gators are dominating a football game at The Swamp, these two scaly reptilian mascots are on the sidelines. When there is a pep rally, they are front and center. Even when there is a wedding nearby, there's a solid chance the Gator mascots will be there, too. They are every Sunshine Stater's favorite reptiles and have been side-by-side for over 35 years.

The history of their friendship is pretty special, too. But did you know more than 100 years ago, the alligator was chosen to represent the University of Florida? 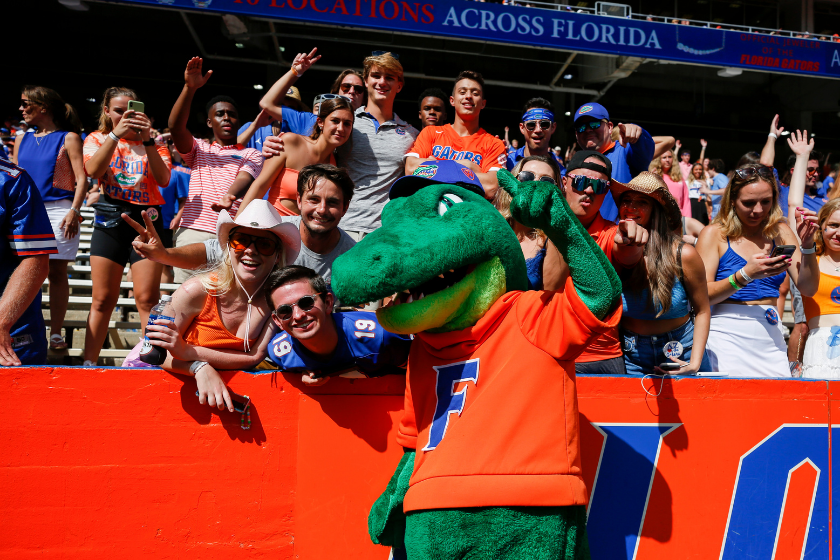 RELATED: Why Are Florida's Colors Orange and Blue?

Long before Florida's gator head became synonymous with college football greatness, the alligator was chosen with the help of Austin Miller in 1908. He was a Gainesville native but was a law school student at the University of Virginia.

When his father, Phillip Miller, went to visit him in Charlottesville, he wanted to buy some pennants and banners to sell at his store back home. The Yale bulldog and Princeton tiger were among the items available, as the story goes, but nothing resembling the University of Florida.

Austin Miller suggested an alligator since it was native to the state of Florida and no other school had an alligator mascot as its symbol yet. The rest is history. 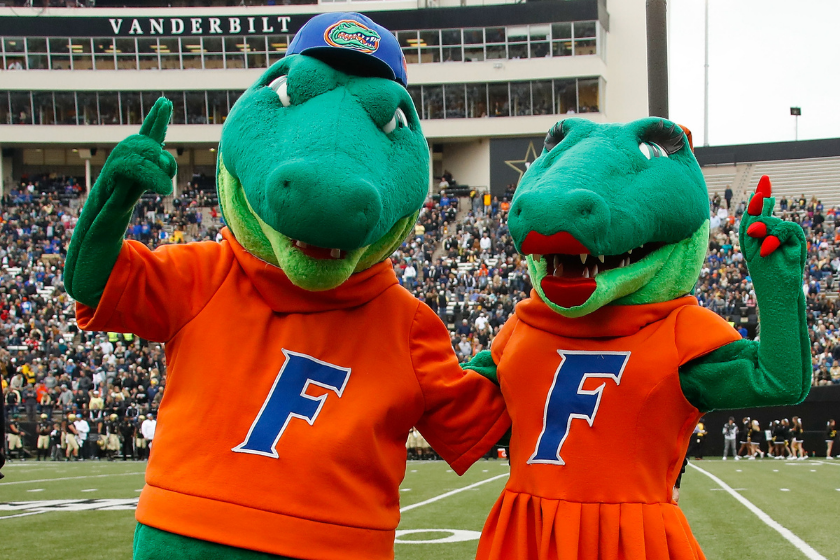 Albert -- the school's first live alligator mascot -- arrived in 1957. Then in 1970, Albert came to life in a full-body vinyl costume. Alberta the Alligator followed years later in 1986.

Despite rumors and myths, Albert and Alberta are not technically a couple, according to the school. They are sidekicks and friends. Most importantly, they are Florida icons.

Today, the University of Florida Gators college mascots can be found everywhere. They are most prominent at football games against SEC football teams like Alabama, Tennessee, LSU, South Carolina and Texas A&M, but they proudly spread orange and blue across the nation.

No matter where the Gators play, you can expect Albert and Alberta to be right there.