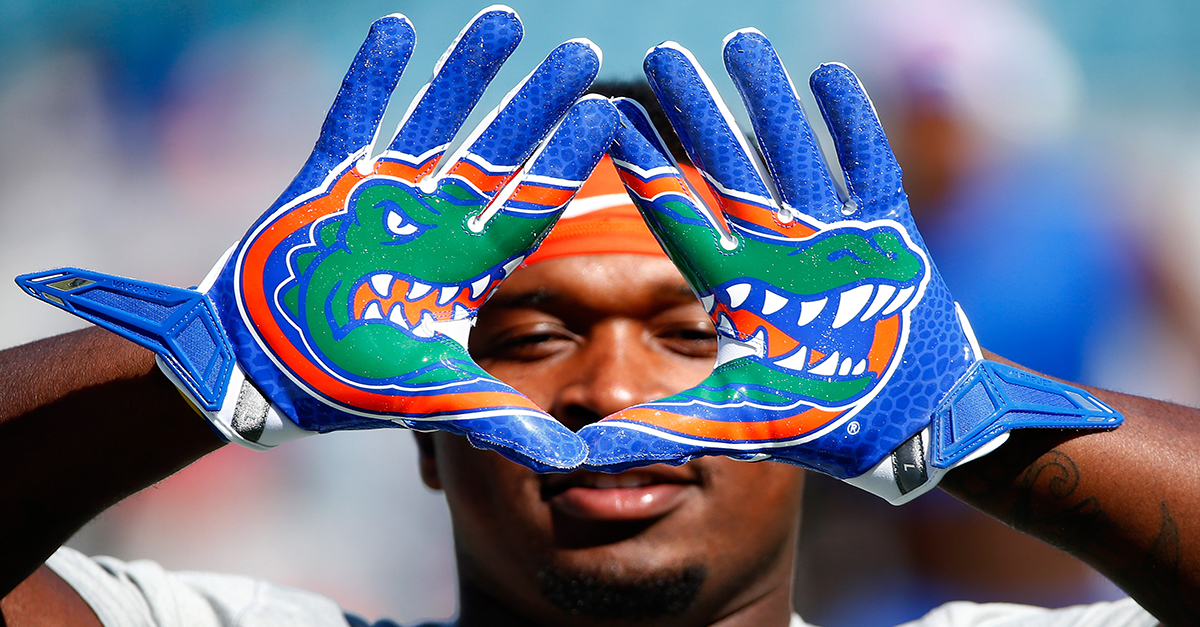 Few college athletics programs in the country are as a recognizable as the University of Florida Gators. From Mr. Two Bits to the unmistakeable Gator Chomp, tradition is everywhere. Not only that, but UF churns out landscape-shifting athletes at an incredible clip. Abby Wambach. Caeleb Dressel. Kelly Barnhill. Back-to-back national champions. Oh, and the greatest QB in college football history.

Regardless of their discipline, University of Florida fans and alumni have one thing in common: they’re all Gators. And in 2019, the school celebrated the 25-year anniversary of the iconic “Gator Head” logo that’s recognized by everyone — friends and rivals alike — all across America.

Our iconic 'Gator Head' logo turns 25 years old today. What's the first piece of gear you purchased with the Gator on it? #GoGators https://t.co/Kuqkzsq5da

Mary Howard was in a pickle. As the sports information department contact working on behalf of Florida’s women’s golf team, she needed to know which logo to use in the preseason program. You see, the team was coming off its second-straight NCAA title in 1987, and Howard found it odd that there were so many different sports logos to choose from since it had changed so many times.

“I didn’t know which to use,” she recalled. Today, Howard works as a senior associate AD for communications at the school, and her initial inquiry began the snowball effect that ultimately created the UF logo we recognize everywhere today.

The University Athletic Association revealed the iconic Gator Head logo on October 4, 1994. Over the last 25 years, Florida athletics, from the football team to track and field, have carried Albert and Alberta Gator’s mascot likenesses with pride and, more importantly, success.

Success of the Gator Head Logo

Over the last 25 years, here is a list of NCAA Championships by Florida programs while carrying the UF team logo on everything from Nike jerseys to helmet stickers to t-shirts to gloves in Gainesville.

In addition to those national titles, Florida athletic programs totaled over 130 (!!!) SEC championships in The Swamp from 1994 to 2019, plus they added another nine conference crowns in lacrosse.

Great college logos from Notre Dame’s ‘ND’ to Tennessee’s ‘Power T’ to the Texas longhorn to Miami’s unmistakeable ‘U’ have been around for decades. The Florida Gators logo may only have turned 25 years old in 2019, but its legacy is already cemented as the figurehead of arguably the top college athletics program in the country.

Whether its Florida State, South Carolina, or LSU coming to Gainesville, the Gators will be ready. Here’s to another 25 years of dominance (with a lot more to come) for the Florida Gator Head.