Garth Brooks’ Tom Petty Tribute Rocked ‘The Swamp’ Like No Other 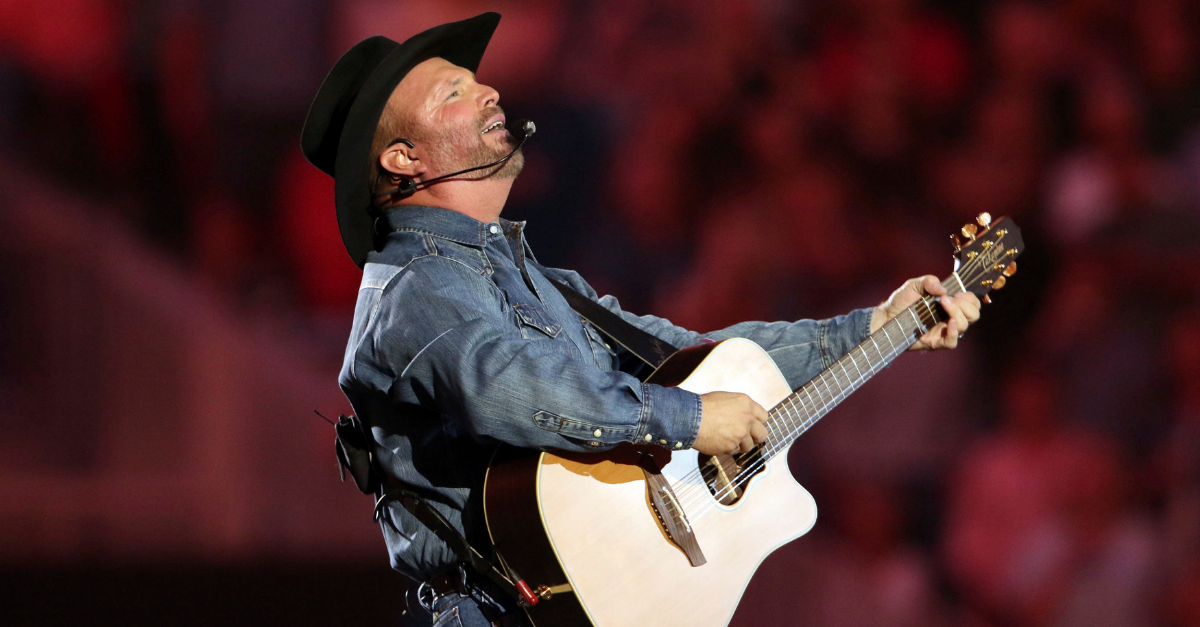 During the Florida Gators’ home football games at Ben Hill Griffin Stadium, fans at The Swamp pay tribute to a local hero. After Tom Petty’s death in October 2017, the university began playing the Gainesville native’s song “I Won’t Back Down” prior to the start of the fourth quarter. It was an instant hit and became the school’s newest tradition during all of Florida’s home games.

On April 20 last year, Garth Brooks invaded The Swamp for the third stop on his three-year Stadium Tour. Brooks was joined on stage by his wife and country music artist Trisha Yearwood during an incredible three-song tribute to Gainesville’s favorite son.

Thank YOU for making me feel like I have friends in #TheSwamp!!!! YOU were fantastic, Gainesville!!! love, g #GARTHinGAINESVILLE pic.twitter.com/EPqHXqWQVm

In the middle of show, Brooks played “Refugee,” which Tom Petty and the Heartbreakers made famous in 1980 with their third album Damn the Torpedoes. Next, Brooks invited Yearwood on stage as she sang Stevie Nicks’ vocals from “Stop Draggin’ My Heart Around.” Lastly, Brooks gave all 75,000 Tom Petty fans the song they’d been waiting for.

The sold out crowd came together and sang “I Won’t Back Down” in a goosebumps-inducing tribute to Tom Petty.

“They say they haven?t had a concert here in over 20 years,” Brooks said about the significance of playing at UF. “Well, I?m gonna tell everyone this is the place to come play right here.”

After Petty’s death, Northeast Park, which is about a block from Petty’s childhood home in north Florida, was renamed Tom Petty Park in his honor.

Garth Brooks’ next stops on his tour included two dates at U.S. Bank Stadium in Minneapolis on May 3 and 4. He then visited Heinz Field in Pittsburgh on May 18 before taking over Broncos Stadium at Mile High in Denver. He visited Autzen Stadium in Eugene, Oregon, and then later Tennessee’s Neyland Stadium. Most recently, he played at Ford Field in Detroit, when he donned a controversial Barry Sanders jersey.

The rest of these shows will each bring something unique with them, but seeing Brooks’ Tom Petty tribute to his hometown was truly special, and it’ll be one of the best highlights on his incredible tour.

This post was originally published on April 22, 2019, but now is a great time to relive such a timeless tribute.