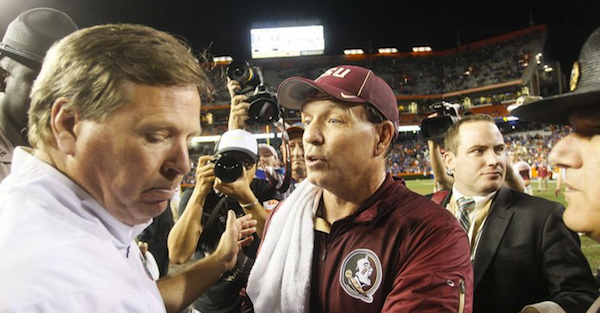 As the Florida Gators football team looks to rebound out of a bye week from a pair of back-to-back losses, head coach Jim McElwain indicated the team’s recent struggles haven’t gone unnoticed.

Mac said he has received death threats amid the #Gators struggles.

The Gators opened up the season ranked 17th in the AP Preseason Poll, but have lost that ranking due to a 3-3 record. The highlight of the season came against No. 23 Tennessee when the team won on a hail mary as time expired in regulation. The team most recently dropped games to unranked LSU and Texas A&M.

Although the season hasn’t gone quite as planned for the Gators, and fans are understandably upset with the results this season, it doesn’t excuse the fact that any member of the team is receiving death threats.

The schedule doesn’t get any easier for the Gators as they have a matchup against the third-ranked Georgia Bulldogs looming on Saturday afternoon.