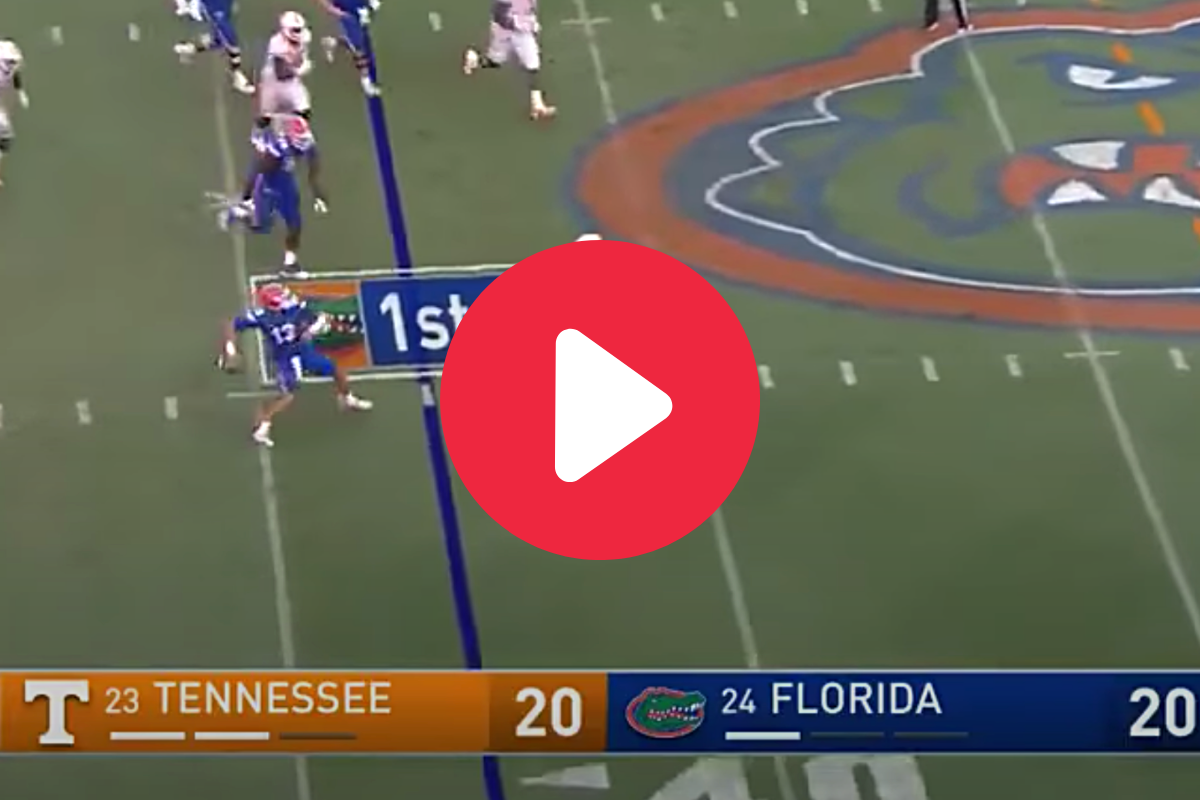 Nothing gets football fans going quite like the Hail Mary. It’s heave into the sky, a last-second prayer, a jump-ball for the win (or the tie). Doug Flutie made it famous. Aaron Rodgers mastered it.

College football is no stranger to the Hail Mary. LSU famously beat Kentucky on “The Bluegrass Miracle.” Auburn miraculously took down Georgia in “The Prayer at Jordan-Hare.” And of course, Kordell Stewart’s “Miracle at Michigan” 74-yard throw deserves some kudos. Anything can happen once the ball is sailing toward the end zone, which is why this play is so exciting.

If you ask me, Florida’s Hail Mary against Tennessee in 2017 is high on that list.

The 2017 season was truly one Florida Gators fans have already forgotten. They finished 4-7 in head coach Jim McElwain’s final year of a disastrous tenure. If there was one shining moment, though, it was undoubtedly when UF took on UT at Ben Hill Griffin Stadium in Gainesville, Florida.

Two years after Will Grier connected with Antonio Callaway for an incredible game-winner, The Swamp shook like a bounce house on quarterback Feleipe Franks Hail Mary touchdown pass to Tyrie Cleveland. As Florida Gators radio announcer said, “this place is an insane asylum again!”

“Snap to Franks. Franks dropping back. Stepping up. Running the ball. Looking. Looking. He’s gonna heave one deep down the field. It’s going to be to he goal line. It’s gonna be caught. It’s a touchdown and the Gators have won the game! Tyrie Cleveland! Oh My! I can’t believe what I just saw! The Gators have won the ballgame on a bomb throw by Feleipe Franks and this place is an insane asylum again!” — Mick Hubert, Florida football radio announcer.

Florida stunned Tennessee and won the game on the play, 26-20. The rest of the season was a big garbage can. Florida lost five straight SEC games from October to November. But hey, at least Florida drowned Tennessee in more misery despite putting one of it worst teams on the field in the last 40 years.

I think my favorite image from that play is one that came after the fact. Cleveland dropped to his knees in tears after the celebration:

This win also came after UF lost to the Volunteers in 2016, which broke a streak of 11 consecutive rivalry victories for the Gators. Florida hasn’t lost to Tennessee since, and I’m sure Dan Mullen plans on keeping it that way.

This post was originally published on September 16, 2017, but Florida beating Tennessee never gets old.