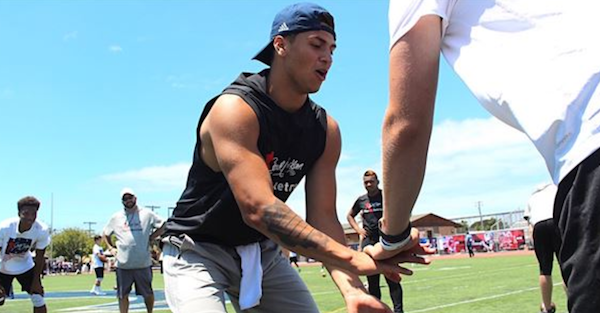 Florida fans and recruitniks were shocked when four-star quarterback Matt Corral flipped his longtime commitment from the Gators to Ole Miss on Thursday night. He had been committed to Florida since July after he flipped from USC, but it appears the new Gators staff was not as committed to him as he was to the program. That’s how Matt’s father, Peter, explains it.

Matt was always 100% commited to the Gators. Unfortunately, they weren’t commited to him.

It’s understandable that a new staff might go looking for some new recruits, but Corral was a five-star quarterback in the class at one point so he clearly has talent and fans have been wanting to see some on display from that position ever since Tim Tebow graduated.

Feleipe Franks wasn’t exactly the prodigy everyone thought he might be, but new head coach Dan Mullen does have experience developing quarterbacks. He made Tebow great and has gotten Dak Prescott to the NFL as well so perhaps Franks just needs a new system. The Gators also have Kyle Trask, Kyle Allen and Nick Sproles who will also be on the team next season barring any transfers.

However, if Florida is looking to get another quarterback on the roster for next year, some options might be five-star pro-style passer Tanner McKee who is currently uncommitted or four-star dual-threat quarterback Gerry Bohanon who is also uncommitted.