This stat explains why Florida looked so rough against UMass 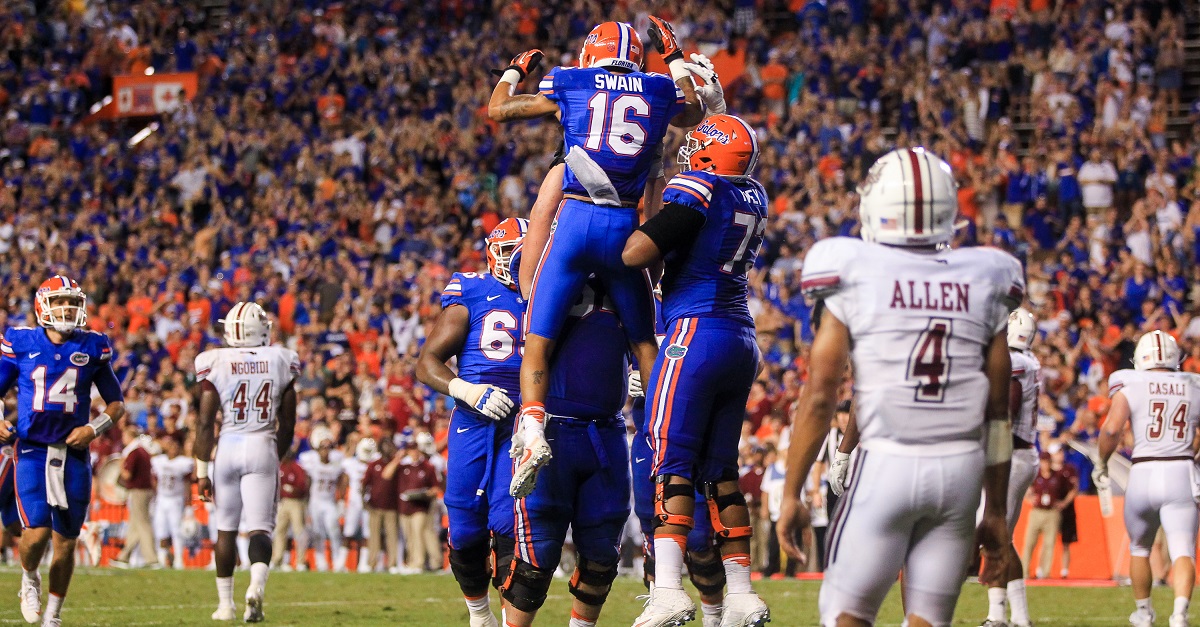 Rob Foldy/Getty Images
GAINESVILLE, FL - SEPTEMBER 03: Freddie Swain #16 of the Florida Gators celebrates with teammates after scoring a 2-point conversion during the second half of the game against the Massachusetts Minutemen at Ben Hill Griffin Stadium on September 3, 2016 in Gainesville, Florida. (Photo by Rob Foldy/Getty Images)

When Florida scheduled UMass to open its season this year most fans assumed it would be an easy win much like most teams who schedule a cupcake to start the season. Well, the Gators got a solid 24-7 win, but the margin doesn’t look as good if you actually watched the game.

RELATED: Florida avoids disaster on defense, but takes a hit on offense with this injury update

The reason for the somewhat sloppy play is that the Gators actually played 11 freshman throughout the game. Here’s the full list of the players and their positions:

Florida still managed to put up 363 total yards while holding the Minutemen to 187 total yards and got nine more first downs than UMass (21-12). But the Gators did have eight penalties for 80 yards, which led to some extra first downs for the opposition. Coach McElwain will surely be looking to cut down on those, especially the dumb ones like roughing the passer or hands to the face, which happened a couple times on Saturday.

Freddie Swain and Josh Hammond were extremely active throughout the game as Hammond nabbed five catches for 38 yards while Swain had two catches for 11 yards and a two-point conversion reception. With only six scholarship receivers on the roster, those two definitely came to play.