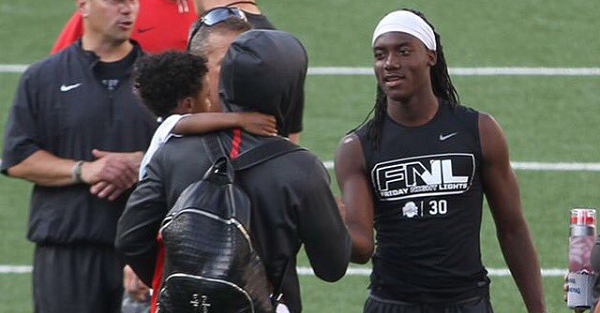 Florida got a huge early signing period gift when head coach Dan Mullen was able to flip four-star quarterback Emory Jones from Ohio State. The Gators lost Matt Corral in the process, but that was all part of the plan since Mullen has a specific kind of quarterback he wants running his system. And now that he’s got him, there’s at least one ESPN analyst who believes it was a pretty big deal.

ESPN sideline reporter and recruiting analyst Tom Luginbill was on the ?Frangie Show? on 1010XL Jax Sports Radio in Jacksonville and said that Florida made out really well with the signing and the it could create more momentum on the recruiting trail for the February signing day.

The 6-foot-3, 195-pound dual threat quarterback out of Georgia is the No. 4 player at his position and the the No. 7 recruit in the state according to the 247Sports Composite rankings. Luginbill went on to compare him to Jalen Hurts and said that he might actually be farther along in his passing abilities than Hurts was at this stage so Gator fans have to be pretty happy about that considering Hurts led Alabama to a national title game in only his freshman season.