Branson Robinson is an absolute stud. The running back from Germantown High School in Madison, Mississippi, is a four-star prospect who relies on a combination of strength and speed to sneak past defenders.

Robinson still has a full year of high school left, but he can already bench press a whopping 415 pounds. In other words, he's a weightlifting machine that can deadlift your entire family and embarrass any Arnold Schwarzenegger-type who steps in the weight room.

Programs across the country lined up to sign him during the college football recruiting process, and the superstar rusher has made his decision to join a university with a long history of prolific running backs. It also doesn't hurt that he's joining a school that's fresh off their national championship run.

4-Star RB Branson Robinson is a Future Stud for Georgia 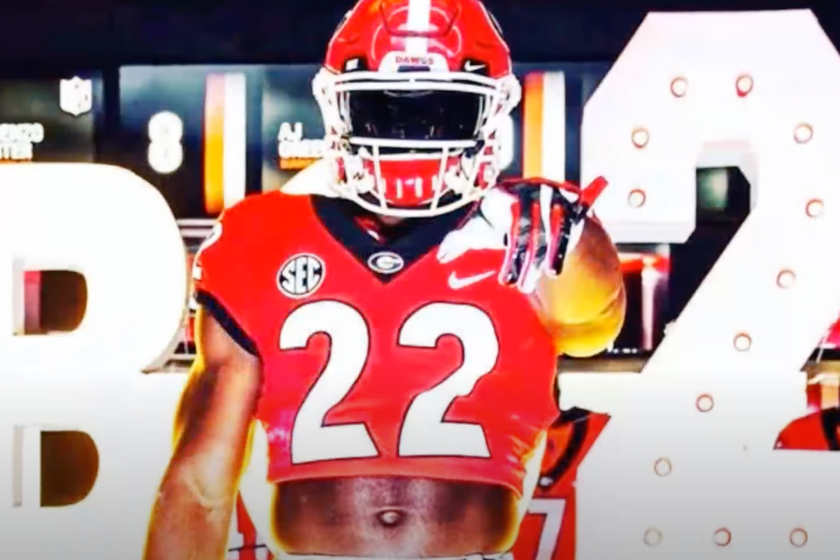 Branson Robinson, the nation's No. 4 running back, made his college decision in the midst of SEC media days. The top running back and top player in the state of Mississippi verbally committed to Kirby Smart's Georgia Bulldogs over CBSSports HQ. He'll be a huge boost to the UGA offense.

The 2022 Georgia football recruiting class is ranked sixth nationally and second in the SEC.

The Dawgs were the favorites to sign Robinson. UGA has been the home of several standout running backs in recent years, and many of them have gone onto have NFL success.

According to the 247Sports Composite, Robinson is a four-star player. He's already stronger than most of his peers on the field, so if he can continue to look explosive during his senior season, it wouldn't be surprising to see his rating jump up to a five-star designation.

In 2020, Robinson generated nearly 1,200 rushing yards on 121 carries and scored 15 touchdowns. He even reached the end zone once more on a reception.

Naturally, Robinson is a gifted athlete, and he's used his speed to dominate on his high school track team as well. As a sophomore, he ran the 100-meter dash in 11.41 seconds.

A few clips from some light scrimmage work for 4-star RB @Brae_004 today. Rivals has Branson Robinson as their No. 1 RB for 2022. The 247SportsComposite slots him at No. 4 in the land. Has the skill set to be special. Georgia still leads and will get that first OV in June. pic.twitter.com/AsJfGseDW9

Branson Robinson's commitment will soon have him suiting up for a CFP contender, but he'll still have to compete for the starting job. With Zamir White and James Cook out of the Bulldogs running back room, Georgia's next man up is slated to be either senior Kenny McIntosh or junior Kendall Milton. Also standing in Robinson's path to a starting role are junior Daijun Edwards and fellow freshman Andrew Paul, who was highly sought after by Clemson. Needless to say, the second coming of Nick Chubb in Athens may have to wait a bit longer than anticipated.

However, not many running backs are as strong as he is, so it will be interesting how that brawn will translate to the NCAA Division I level in Athens.