Georgia Asked SEC Fans to Support Them Against Alabama. It Backfired. 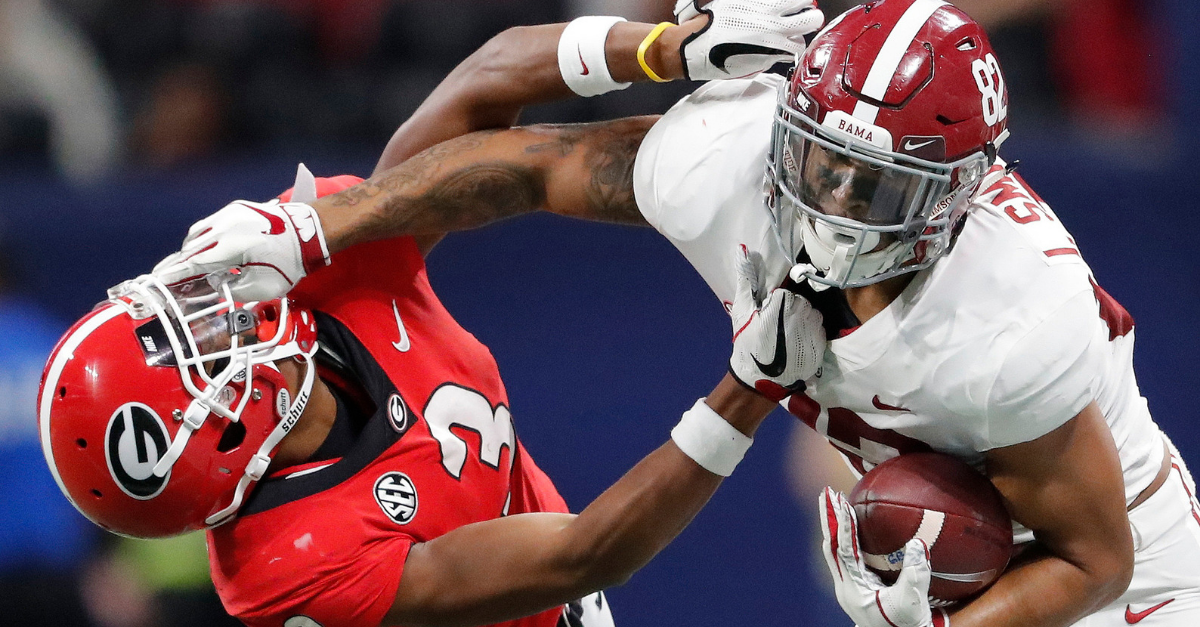 I’ve seen quite a few strange things on social media, but this has to be an all-timer for Twitter. The University of Georgia Alumni Association did a little something out of the ordinary leading up to the SEC Championship Game when they asked fans from other SEC schools to support them when taking on the Alabama Crimson Tide.

They dubbed the campaign #DawgForADay, but the rally of support didn’t end in the success they wanted.

Georgia is begging Auburn fans to be a #DawgForADay. @IAMBARNINGHARD is so mad about it that I gave him some space to let out his frustration. #wareagle

Let’s just say the response to their outreach was less than enthusiastic.

It is interesting that the Georgia Bulldogs took the “if you can’t beat them, join them” approach to that game, especially when it comes to their two biggest rivals Auburn and Florida having to watch from home.

Florida football fans were stunned that not only were they asked to pull for the Dawgs, but bringing up their past history with each other probably didn’t help Georgia’s cause.

I mean, seriously? Why would any team that was recently beaten by the Bulldogs all of a sudden want to cheer for them?

My profile picture is the necessary response

No reason was given as to why the UGA Alumni Association decided to try to get the rest of the SEC to ban together like the Super Friends to cheer against Alabama, but not all the fan responses were negative. Some decided to ban together with the Georgia football faithful and be dawgs for a day.

But for the most part it was a loud ‘HELL NO!’ The SEC prides itself on its support of each other against other conferences, but this conference is still full of rivalries, and for one school to BEG the others to pull for them is quite frankly kind of embarrassing and unheard of in this day and age.

The “other” Dawgs from the opposite side of the conference added their two cents, and they weren’t going to bite either.

That’s a no. We don’t lend cowbells to a fan base that lectures us we can’t say DAWGS. Hard pass.

Georgia alums watched this little campaign blow up in their face as Jalen Hurts led Alabama to a 35-28 come-from-behind win, but at least is was worth a try?