Bell is a homegrown Florida kid who went from zero college football scholarships to walk-on, to SEC Player of the Year.

He rose through the ranks as a player and now is doing the same thing as a coach.

Bell was born in Live Oak, Florida. He grew up in nearby Mayo and attended Lafayette County High School. A three-sport athlete, Bell had no offers from major college football programs. He decided to walk-on at the University of Florida in Gainesville.

The Sunshine State native ascended to the starting role as a redshirt freshman following senior Dale Dorminey's injury. In four years as the starter, Bell threw for 7,585 yards and 56 touchdowns against 35 interceptions while the Florida Gators went 30-13-2. He seems like one of those guys who Southeastern Conference opponents couldn't believe hadn't graduated yet by his third season.

Bell cemented himself in Florida athletics history by leading an improbable comeback over Auburn in 1986. 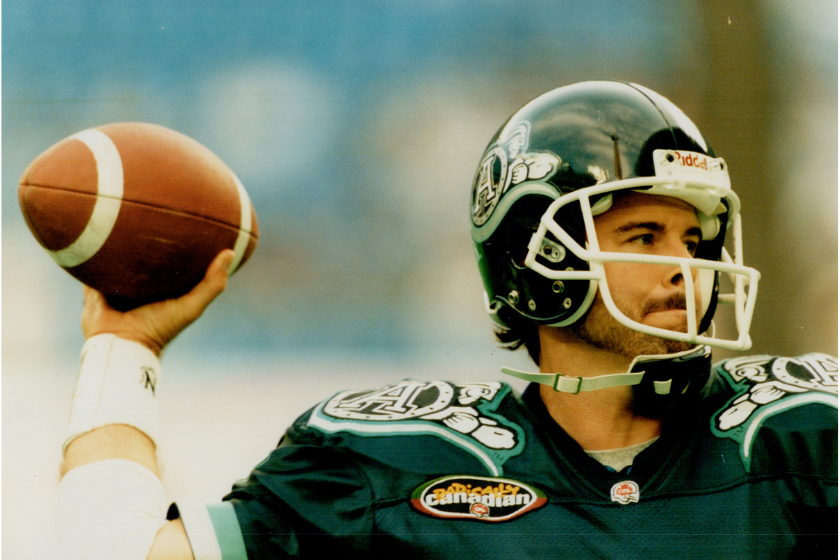 Bell played in the NFL for three seasons with the Miami Dolphins and Tampa Bay Buccaneers. He made stops with the Orlando Thunder of the World League of American Football, then had a seven-year career with the Sacramento Gold Miners and Edmonton Eskimos of the Canadian Football League (CFL).

The UF grad returned to the NFL as a member of the Indianapolis Colts in 1995. He completed a perfect five of five passes for 75 yards in a Week 15 game against the Philadelphia Eagles. Having never thrown a pass again, Bell left the league with the highest passer rating in NFL history.

Bell returned to the CFL to play for the Toronto Argonauts for four seasons. He retired in 2001. 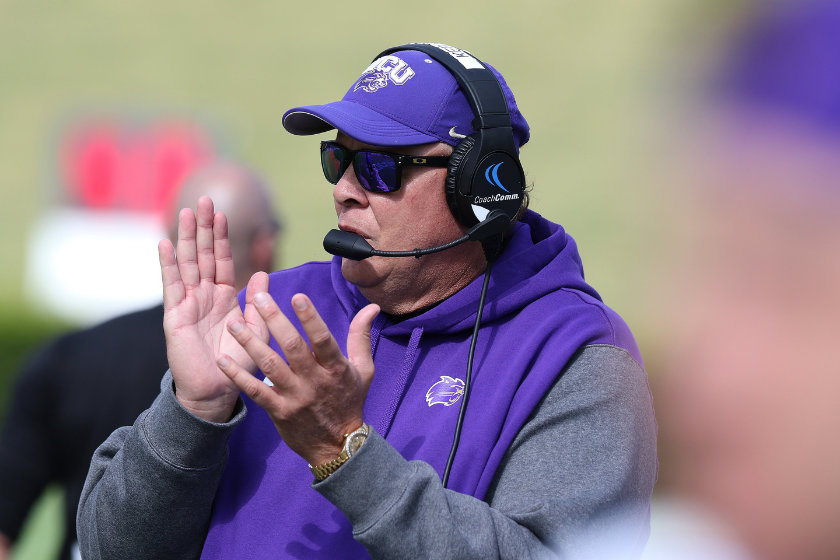 He was the co-offensive coordinator for the Argonauts in his last season as a player, when he wasn't seeing much playing time.

The former signal caller moved to the high school ranks to take the head coaching job at Trinity Catholic High School in Ocala, Florida. He jumped back up to the college level in 2007, when he was named the head coach of non-scholarship FCS program Jacksonville University.

Bell then coached at NCAA Division II Valdosta State University, where he led the Blazers to the 2018 Division II National Championship. University of South Florida head coach Charlie Strong then brought him on as offensive coordinator. Bell was let go along with the rest of the USF Bulls staff when Strong was dismissed in 2019.

He served as an offensive analyst under current Florida head coach Dan Mullen in 2020.

Bell has a new role as the head man on the sideline. In April 2021, he was named the head football coach of Western Carolina. Kerwin's son Kade Bell is the offensive coordinator and quarterbacks coach on his dad's coaching staff.

Happy Birthday to my son @Kb1Raw I am so proud of you as coach but more importantly as a husband and the man that you have become. I expect a top ten offense from you this season because of the way you can coach em up! pic.twitter.com/k6e1LgMyf1

MORE: Danny Wuerffel Now Has a Higher Purpose After His Heisman Days