To Brett Bordelon, LSU is home. It's family. It just makes sense.

The four-star offensive lineman in the class of 2025 committed to LSU on Wednesday, turning down offers from Alabama, Georgia and Texas. In the end, the 6-foot-4, 260-pound behemoth who protected Arch Manning's blind side this past season at Isidore Newman School in New Orleans chose to join his brother at Louisiana State, where their dad first made a name for himself in Tigerland.

BREAKING: Four-Star OL Brett Bordelon (2025) tells me he has Committed to LSU!

The 6?5 285 OL from New Orleans, LA chose the Tigers over Georgia, Alabama, and Texas.

His Dad played for LSU in the 90?s and his older brother, Bo, is currently on the team.https://t.co/rEHMPdKiSb pic.twitter.com/ERqmakRtGY

Bordelon's father, Ben Bordelon, played on the offensive line for LSU in the '90s and served as a team captain in 1996. He played in 44 of 46 games during his career and was awarded Second-Team All-SEC honors in 1996.

But pops isn't the only factor that went into Brett's decision. His brother, Bo Bordelon, is currently a freshman offensive lineman for the Tigers. The 6-foot-6 Bo was a three-star recruit and a four-star recruit, depending which recruiting services you follow. He played in two games this season.

"Congrats @brettbordelon68 can't wait to lace it up with you again," he wrote.

And if those aren't enough LSU ties, Brett and Bo's mom, Gemi Bordelon, became famous as a meme among LSU fans after a video dancing at the White House celebrating LSU's national championship a couple years ago went viral:

Brett was the first offer that head coach Brian Kelly handed out when he arrived at LSU. He's also the first in-state commitment for Kelly's 2025 class.

Bordelon told On3 the decision to choose LSU was a no-brainer.

"Over the last few weeks, it became clear for me where to go ... LSU. I feel like I am meant to be at LSU. LSU is like my family. It's in my blood, and I will do whatever it takes to make LSU successful and win a national championship," he said. 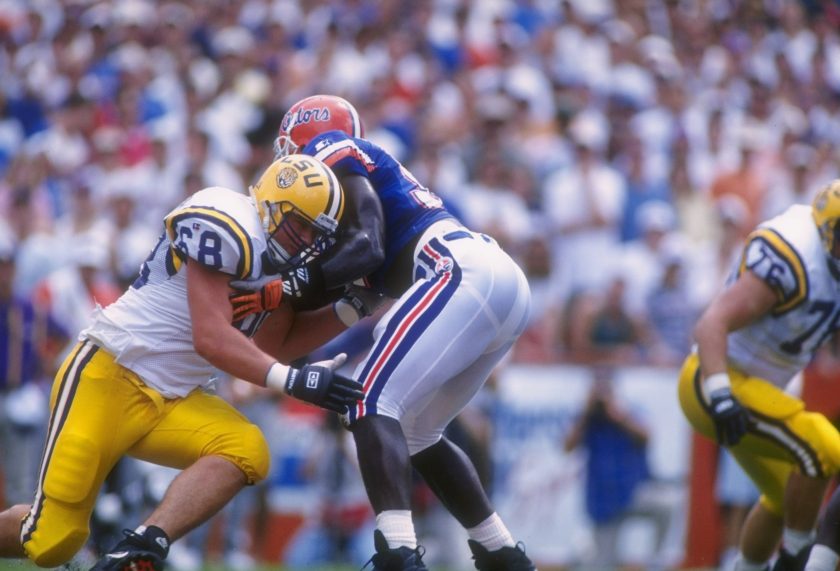 His father never won a national title or an SEC championship when he was in Baton Rouge. LSU failed to take the conference title at all in the '90s. But the Bordelon brothers are hoping to change that. And considering Kelly's success in year one, that goal doesn't seem unrealistic whatsoever.