LSU-BYU game has officially been relocated due to Hurricane Harvey 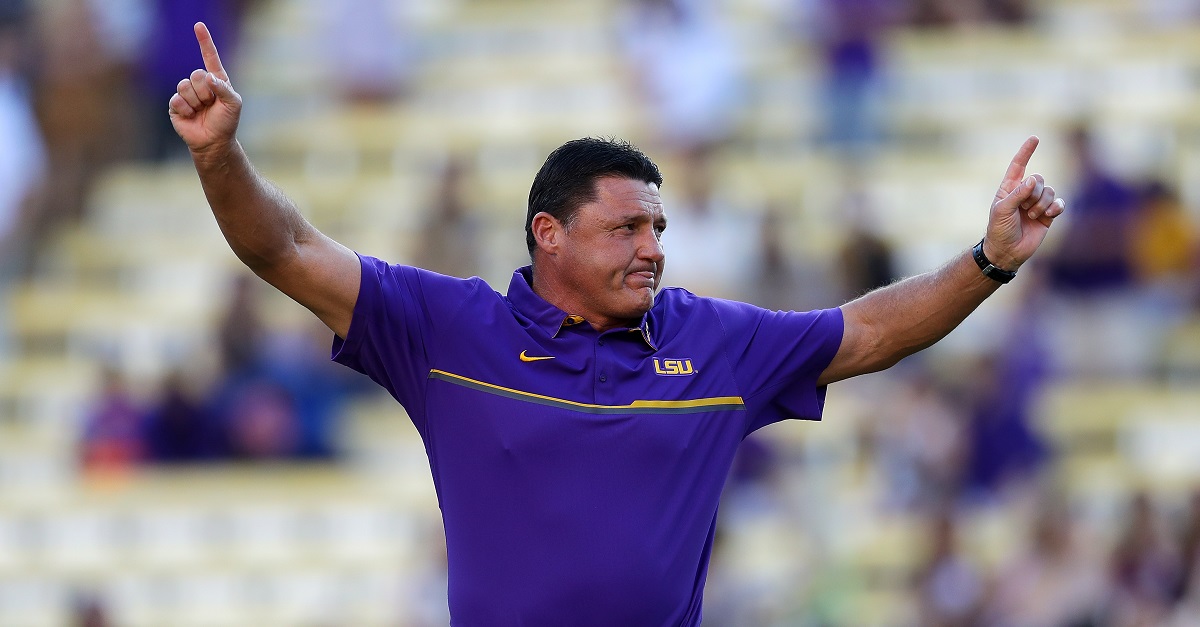 There were initial talks about moving the LSU-BYU game because of Hurricane Harvey and it looks like those talks have come to a fruitful end. SEC Network analyst Paul Finebaum has announced the new location of the game that was supposed to be played in Houston’s NRG Stadium.

The LSU vs. BYU game has been moved from Houston to the Superdome in New Orleans. Kickoff will remain Saturday night at 9:30et #CFB

It’s not too far of a move for the game itself and neither school really had any control over where the game would be as the game itself is a subsidiary of ESPN. The network made the call and so LSU will basically get a home game against BYU this coming Saturday. Like Finebaum said, the game will have the same kickoff as the original at 9:30 p.m.