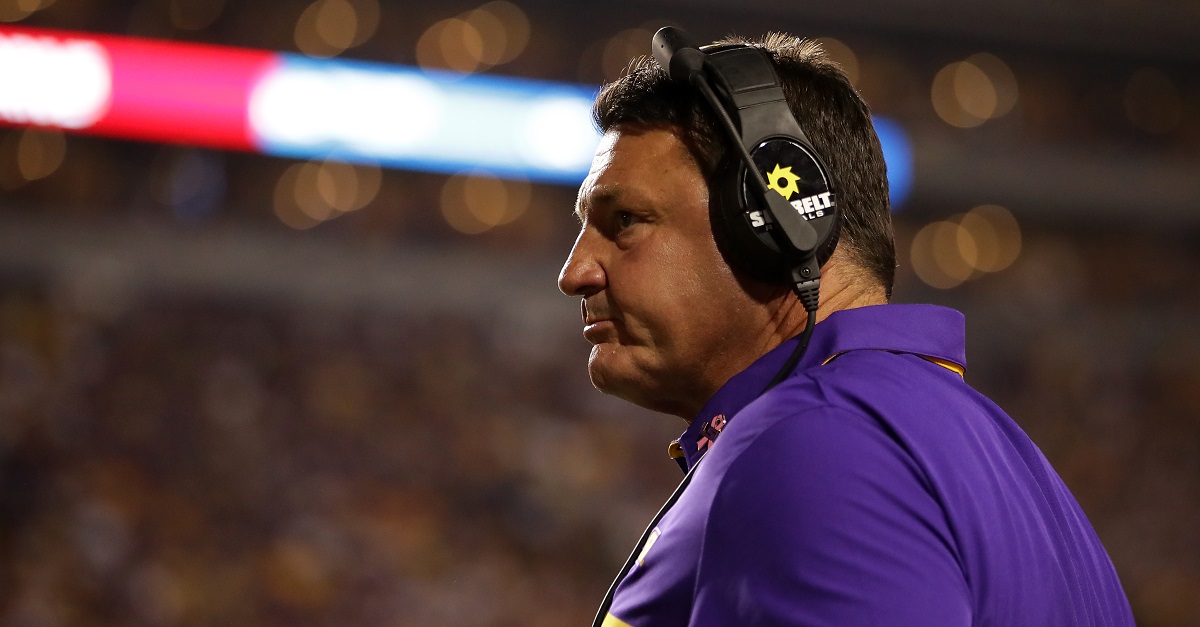 Hurricane Harvey is causing absolute mayhem and ruining the lives of thousands of Houston natives. It’s caused major flooding and has forced the relocation of almost the entire city. That includes the major college football game between LSU and BYU that was supposed to be played in NRG Stadium in the city. The game was moved to the Super Dome in New Orleans and now that area is set to be hit by the hurricane according to weather projections:

There have been no talks about relocating the game again, but it is certainly not out of the realm of possibility considering the damage it has already caused Houston. There was talk about Orlando or Nissan Stadium in Tennessee hosting the game when initial relocation talks started. It looks like those might become very real options yet again as there is no way this game can be played in the Super Dome if Hurricane Harvey continues on this path and if the city stays closed.