Joe Brady, Mastermind of LSU’s Offense, Leaving for the NFL 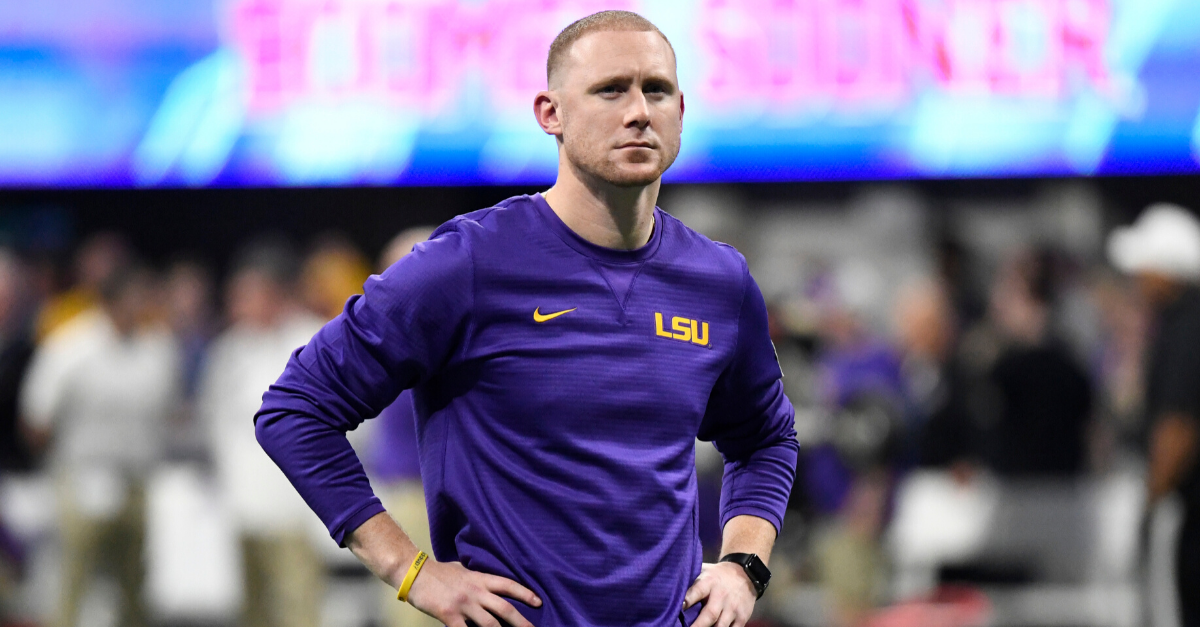 We may never see an offense quite like the LSU Tigers in 2019-20. Quarterback Joe Burrow dominated college football and scored a single-season record 65 touchdowns, wide receiver Ja’Marr Chase was named the NCAA’s most outstanding receiver and even Randy Moss’ son set records in Baton Rouge.

It was truly a dream season for head coach Ed Orgeron and his coaching staff, capped off with a College Football Playoff national championship game win over Clemson in yet another impressive offensive showing. Now, the coach behind the offense who helped turn Burrow into a Heisman Trophy winner is on the move.

LSU passing game coordinator Joe Brady is leaving LSU after just one magical season to join the Carolina Panthers in the NFL, according to ESPN’s Adam Schefter. The 30-year-old will take over offensive coordinator duties alongside new Panthers head coach Matt Rhule, who most recently coached Baylor.

Brady returns to the NFL after spending two seasons as an offensive assistant with the New Orleans Saints. He worked under head coach Sean Payton and one of the best quarterbacks to ever play the game, Drew Brees.

League sources tell ESPN's Adam Schefter that Joe Brady, LSU's passing game coordinator, has told people that he is planning to return to the NFL as off. coordinator of the Carolina Panthers.

Brady has had a part in guiding strong offensive teams in both college and the NFL. pic.twitter.com/p5uOUS7IY0

Brady took what he learned in New Orleans and applied it immediately at LSU. He won the Broyles Award given to the country’s top assistant coach and implemented a record-setting offense alongside LSU offensive coordinator Steve Ensminger.

Brady’s ascension in the coaching ranks has been fast. He served as a graduate assistant at Penn State in 2015-16 after coaching linebacker at his alma mater William & Mary in 2013-14. A native of Pembroke Pines, Florida, Brady originally played football for Air Force before transferring to William & Mary.

Joe Brady leaving LSU for the NFL wasn’t exactly a surprise. LSU signed him to a three-year contract extension before the national title game that would have nearly doubled his $410,000 salary and protected the school from losing Brady to college assistant jobs.

The Panthers have a number of offensive weapons Brady will get the chance to utilize. Christian McCaffrey is the most versatile running back in the league, and quarterback Cam Newton could be healthy and ready to play in 2020. Brady simply couldn’t pass up the opportunity to lead an NFL’s offense.

Barring any crazy trades in the 2020 NFL Draft, it appears Brady and Burrow won’t team up in the NFL like many fans had hoped for. The Cincinnati Bengals hold the first overall pick and seem set on taking the Heisman winner.