Joe Burrow is So Clutch, Even When He Plays Basketball 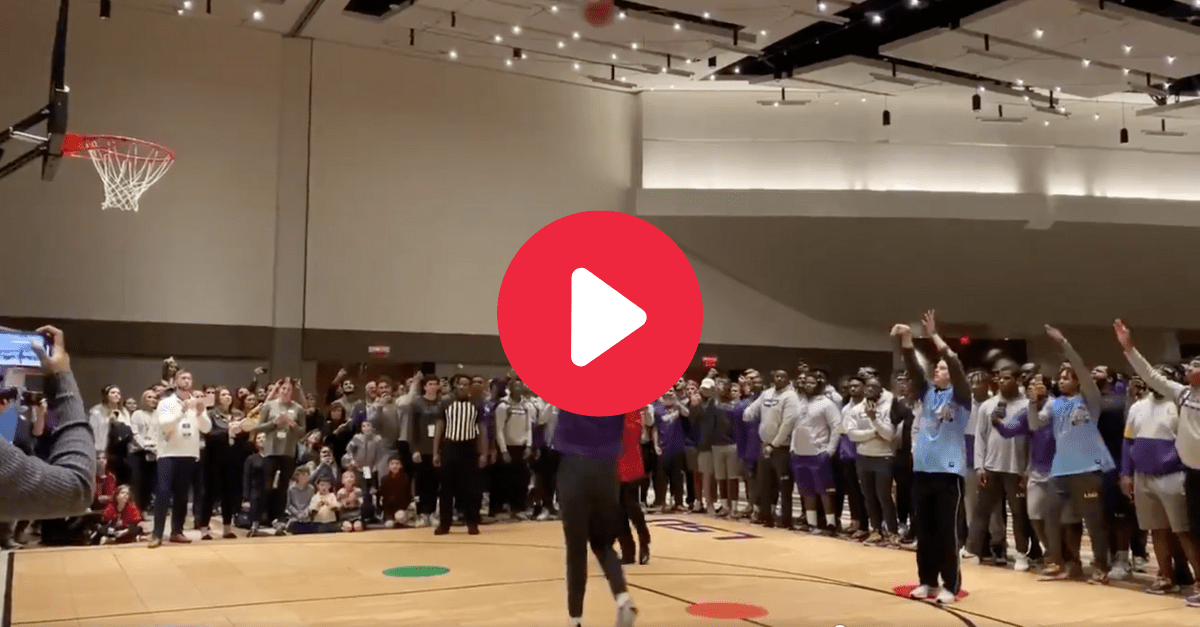 As the LSU Tigers got ready to face the Oklahoma Sooners in the College Football Playoff semifinal, the team got a much-needed break on Christmas Day. It wasn?t your ordinary day of relaxing, however, because the competition was as heated as it would be that Saturday afternoon.

With a big crowd watching, the two teams got into a basketball shooting contest. And naturally, as he did all season long, LSU quarterback Joe Burrow came through in the clutch. The Heisman Trophy winner hit the game-winning shot to beat OU.

After K?Lavon Chaisson, Justin Jefferson, Raydarious Jones and Terrance Marshall, Jr. went, it was up to Burrow to seal the deal. He took passes from tight end Stephen Sullivan and the rest was history.

Thankfully, it was all captured on social media.

Burrow is a natural athlete, a sure-fire first-round pick in the 2020 NFL Draft, but perhaps only the Athens High School alumni know how good of a basketball player he is. Burrow has some great form and definitely was not fazed under pressure.

With one shot remaining, the superstar quarterback calmly sank a 3-pointer to win the bragging rights for head coach Ed Orgeron?s squad.

#LSU and Oklahoma just had a team shooting competition at a joint event in Atlanta.

Joe Burrow won it with the final shot.

The Peach Bowl in Atlanta got even uglier for OU. It was also the same when they played the Clemson Tigers in the CFP National Championship Game.

This was nothing new, though. Burrow was the best player in college football during his senior year, compiling 65 touchdowns to just six interceptions. He guided the Tigers to some incredible wins in the SEC over Florida, Auburn, Alabama, Texas A&M, and the Georgia Bulldogs.

Eventually, there will be a statue of Burrow in Baton Rouge, Louisiana. The superstar football player has been that good. This basketball contest was simply more proof and adds to his legend.