More emerges on Les Miles after rumored interest in another program 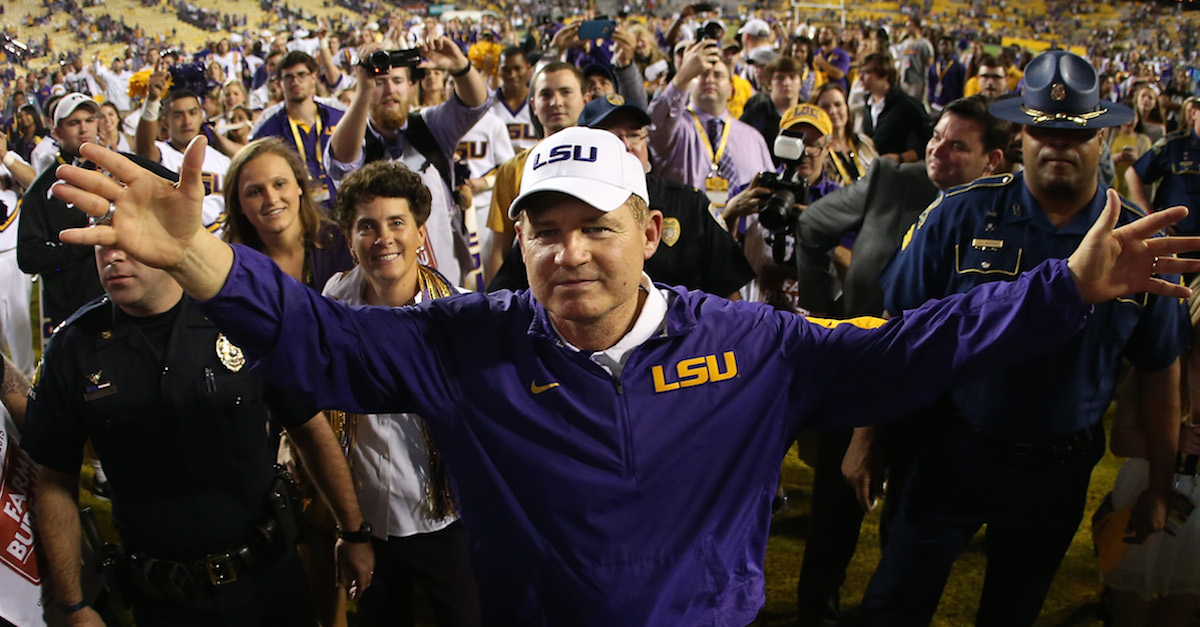 Ever since Les Miles was fired last year by LSU, he has yet to find another job on the sidelines. That does mean that Miles isn’t looking either, as Miles admitted that he interviewed for multiple jobs last year.

This could mean a couple of things, one of which being that Oregon State has now interest in Miles, who turns 64 on Friday. The other could be that the Beavers haven’t gotten that far in the search for their next permanent head coach, as there is still a month to go in the season.

Miles isn’t the only one that has been rumored for the Oregon State job, as former UCLA head coach Rick Neuheisel and recently departed Florida coach Jim McElwain have both had their names floated out there. Neuheisel, currently with CBS, was the one that threw his own hat in the ring if Oregon State was interested.