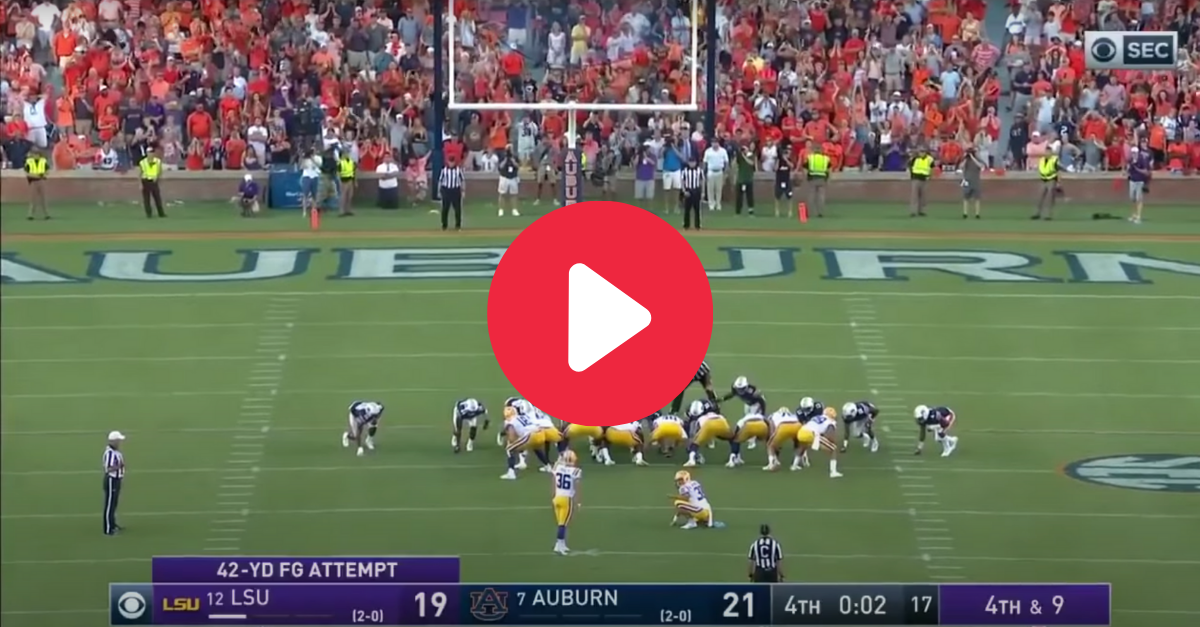 The LSU Tigers were on a roll to start 2018. The program locked up two Top-10 wins against the Miami Hurricanes and Auburn Tigers and climbed up to No. 6 in the AP Top 25 poll. There was a lot to celebrate in Baton Rouge, but one player had made the biggest impact to that point.

No, it wasn’t graduate transfer quarterback Joe Burrow, although he didn’t do too shabby the following season. It wasn’t even senior running back Nick Brossette, who ran for 1,039 yards and 14 touchdowns in 2018. The most exciting player on LSU’s roster was graduate transfer kicker Cole Tracy, and LSU fans found a new favorite team in the kicker’s former school.

In other words, Cole Tracy knows how to kick a football.

After Tracy became a graduate transfer and headed to Baton Rouge, LSU alumni and fans made thousands of dollars in donations to Assumption. The reason? Tracy beat the Auburn Tigers on a last-second field goal, and it became downright pandemonium in Worcester, Massachusetts.

After only three days, Assumption College had received 116 donations totaling more than $6,000, most of which were accompanied by the phrase:

“Thank you for sending us Cole Tracy.”

What’s even better is that a lot of donations after the LSU-Auburn game have come in the amount of $42.36 ? The 42 signifying the distance of Tracy’s game-winning field goal, and the 36 being his jersey number.

?We don?t know where this is gonna end,? Assumption College’s Vice President of Institutional Advancement Tim Stanton said. ?If this continues and gets to a higher amount, there will probably be some kind of naming opportunity. If it really reached some significant levels ? this might sound ludicrous, but like $1 million ? we?d name the field after him.?

If #LSU fans donated $500 to Assumption College last week… I can’t wait to see what @ACHoundBound/@AssumptionNews does this week after Cole Tracy’s game-winning FG at #Auburn.

Assumption College competes in the Northeast-10 Conference under the NCAA’s Division II level. The Greyhounds’ football program had won the division twice in the previous three seasons, and they’d made the Division II playoffs in three-straight years.

In 2018, the Assumption Greyhounds ended up with a 6-4 record and averaged 37.2 points per game on offense.

The school’s most prized alum is undoubtedly LSU’s star kicker.

This article was originally published September 19, 2018. It was updated to remember Cole Tracy’s breakout season in which he set the LSU record for field goals in a season (29) and was named First-Team All-SEC as well as Second-Team All-American.