The LSU, Auburn Clash This Weekend is Massive, and Both Coaches Know It 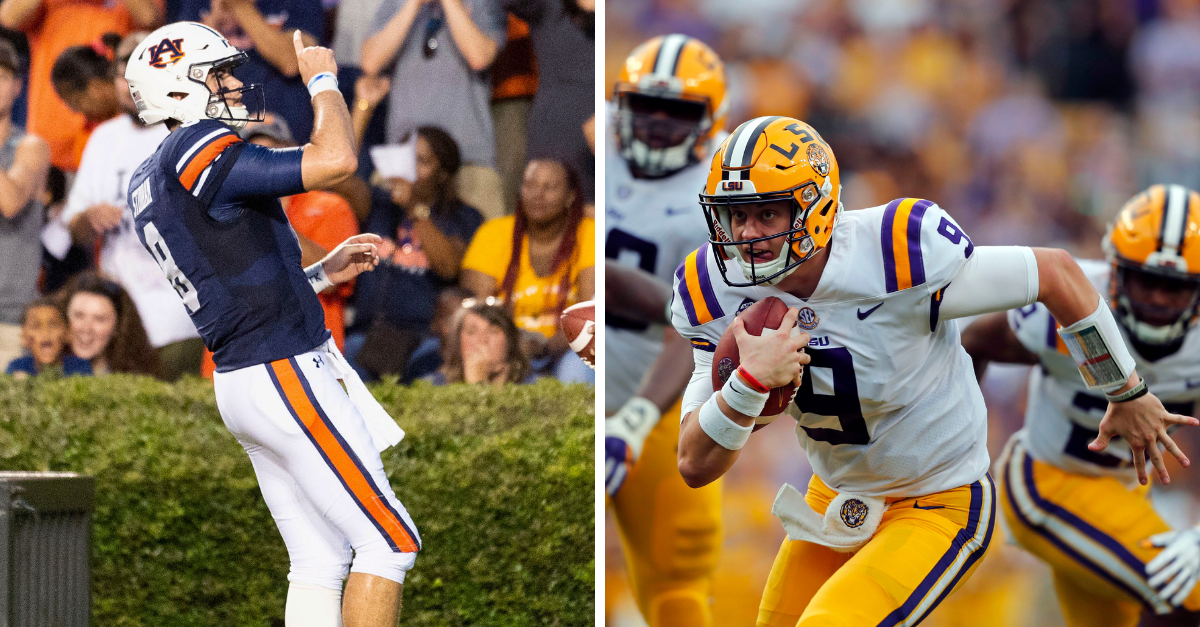 This young college football has seen huge upsets, incredible performances and even some hilarious new turnover celebrations. No teams have made bigger statements in the early part of the season than the No. 12 LSU Tigers and the No. 7 Auburn Tigers, though, and they’ll square off at Jordan-Hare Stadium on Saturday afternoon with huge postseason implications on the line.

During their weekly SEC teleconferences, both head coaches commented on the magnitude of this game, and the challenges that their teams will be facing heading into this massive SEC West division showdown.

“This is always a game that will be a big factor in the SEC West,” Auburn head coach Gus Malzahn said. “Traditionally it has been, and there’s been some close, crazy games. You know, I wouldn’t be surprised if its another one.”

Last year, down 23-7 in the second quarter, the unranked LSU Tigers rambled off 20 unanswered points to knock off a 10th-ranked Auburn team, 27-23, in Baton Rouge, making it the ninth-consecutive win for LSU at home against Auburn.

This season, the matchup flips to Auburn, Alabama. Coming off a huge opening weekend win over the then sixth-ranked Washington Huskies, another Top 25 win early in the year for the Auburn Tigers helps ease some tension off an insanely loaded schedule.

“[Auburn’s running backs are] hard to tackle. They can make you miss in space, but I’ve got to give the credit to the offensive line and their offensive line coach. They create seams. Their backs hit seams. They come off their double teams well. They’re coached well. They know exactly where to go. I think this is a tremendous set of backs that we’re facing. The best set of backs we’ll face this year by far.”

For a Louisiana State University team that already beat an eighth-ranked Miami Hurricanes program on opening weekend, a win against another Top 10 team helps drive their stock even higher to make a New Year’s Day bowl game.

When asked about LSU quarterback Joe Burrow, Malzahn said, “He looks like he’s a good administrator of the offense. You can tell he’s a confident guy. He’s done a good job for them the first two games, especially on a new team.”

When LSU and Auburn take the field Saturday afternoon, not only will rivalry bragging rights be at stake, but a shot at the Alabama Crimson Tide, the SEC West crown and a College Football Playoff berth will all be on the line.

For a game in the middle of September, this feels more like championship week between these two SEC titans.

As of Wednesday, Auburn enters the game as a 9.5-point favorite, but expect this one is going to be a slugfest that will likely come down to the final possession.