For the Second Year in a Row, Maryland Upsets No. 23 Texas 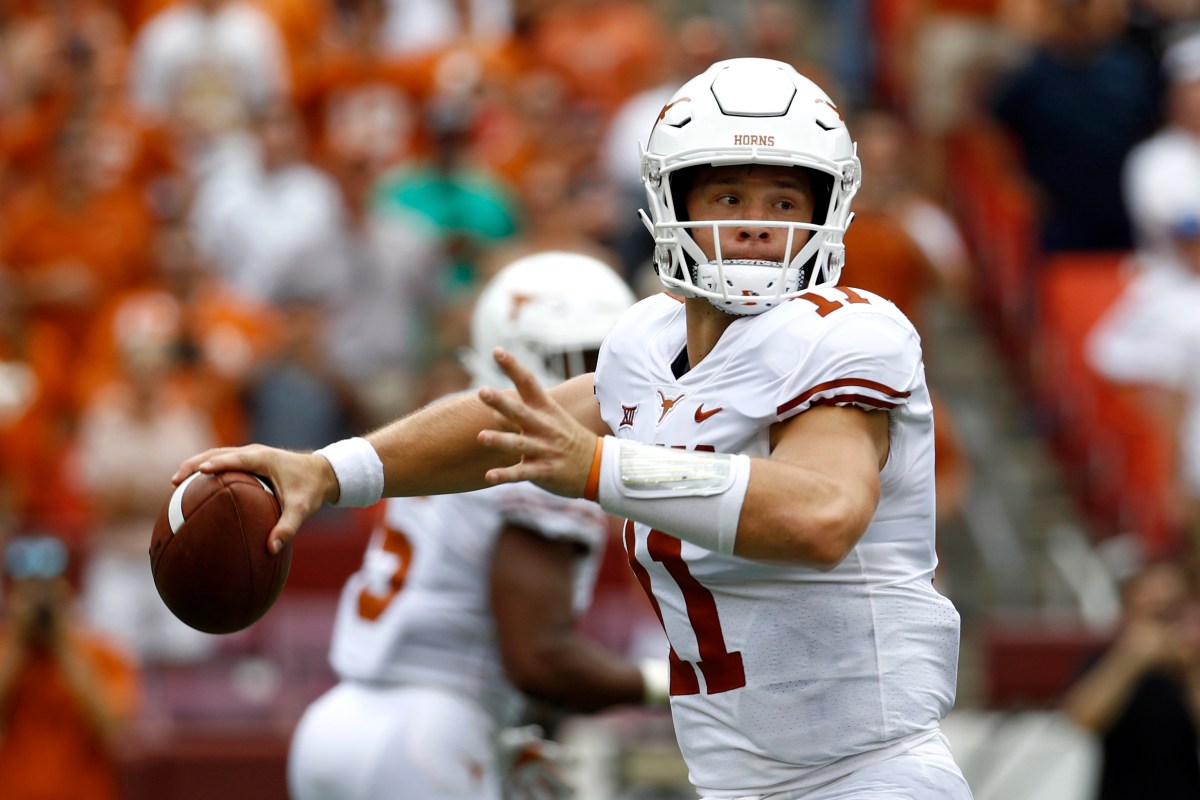 LANDOVER, Md. (AP) ? Maryland emerged from a trying offseason with an emotionally charged 34-29 upset of No. 23 Texas on Saturday, shaking off a lengthy weather delay to provide Matt Canada a satisfying victory in his debut at the Terrapins’ interim coach.

After blowing a 24-7 lead, Maryland forced three turnovers in the final 6:09 and scored the game’s final 10 points to stun the Longhorns in the opener for the second year in a row. This one was even more impressive because of what the Terrapins endured this summer.

Maryland has dedicated its season to offensive lineman Jordan McNair, who collapsed on the practice field on May 29 and died two weeks later of heatstroke.

The Terrapins paid tribute to McNair by lining up with 10 players on their first offensive play of the game. Maryland waited for a delay of game to be called, and Texas declined the penalty in a show of sportsmanship.

Maryland players wore a sticker No. 79 on their helmets and emerged from the tunnel with one of his former teammates carrying a red flag, also emblazoned with McNair’s number. In addition, there was a moment of silence before the game.

In honor of the late Jordan McNair, Maryland left the right guard spot open for the first play of the game vs Texas 🙏🏽🙏🏽🙏🏽 pic.twitter.com/xzWAx2Z36E

The circumstances surrounding the medical treatment administered to McNair on the scene, as well as charges of bullying by the coaching staff, led to the university placing head coach DJ Durkin on administrative leave and the resignation of strength coach Rick Court.

Canada, the offensive coordinator, was named the interim coach. To his credit, he put in a strong offensive game plan and had his team ready to play.

Freshman Jeshaun Jones ran for a score, threw for one and caught a 65-yard TD pass. Quarterback Kasim Hill went 17 for 29 for 222 yards.

It was all too much for the Longhorns, who figured this opener would be different than last year’s, a 51-41 Maryland victory in the debut of Texas coach Tom Herman.

Texas took its first lead in the third quarter after Canada opted to keep his offense on the field for a fourth-and-1 from the Maryland 36. Hill was stuffed for no gain, and the Longhorns reached the end zone in four plays to make it 29-24.

After Hill directed a 79-yard drive that put the Terps back in front with 14:25 remaining, a potential thunderstorm caused a delay of 86 minutes.

The game began with teams putting up 21 points in just over seven minutes. Jones opened with a 28-yard touchdown run, Longhorns junior Devin Duvernay caught a 39-yard pass in the end zone and Jones followed with a TD catch.

In the second quarter, the Terrapins cashed in on a 15-yard punt, getting a halfback-option throw from Jones to Taivon Jacobs for a 24-7 lead.

The Longhorns nearly pulled even by halftime. A touchdown run by Keaontay Ingram, a safety and an excellent catch in the end zone by Collin Johnson made it 24-22 at the break.

Texas: The Longhorns fell from the rankings after losing in the opener to Maryland last year, and it’s likely that will happen again.

Maryland: Kudos to Canada and the players for bouncing back from extremely trying circumstances to show that this season might not be a washout after all.

Texas LB Gary Johnson was ejected in the second quarter for targeting on a tackle of Hill. … Teammate Anthony Wheeler sat out the first half because of a targeting penalty in the 2017 Texas Bowl

Texas opens its home schedule next Saturday night against Tulsa, the first meeting between the schools.

Maryland takes to the road Saturday for a matchup against Bowling Green, which leads the series 1-0 after pulling off a 48-27 upset in 2015.

READ MORE: The New Texas Tailgate is the Can’t-Miss Football Party of 2018