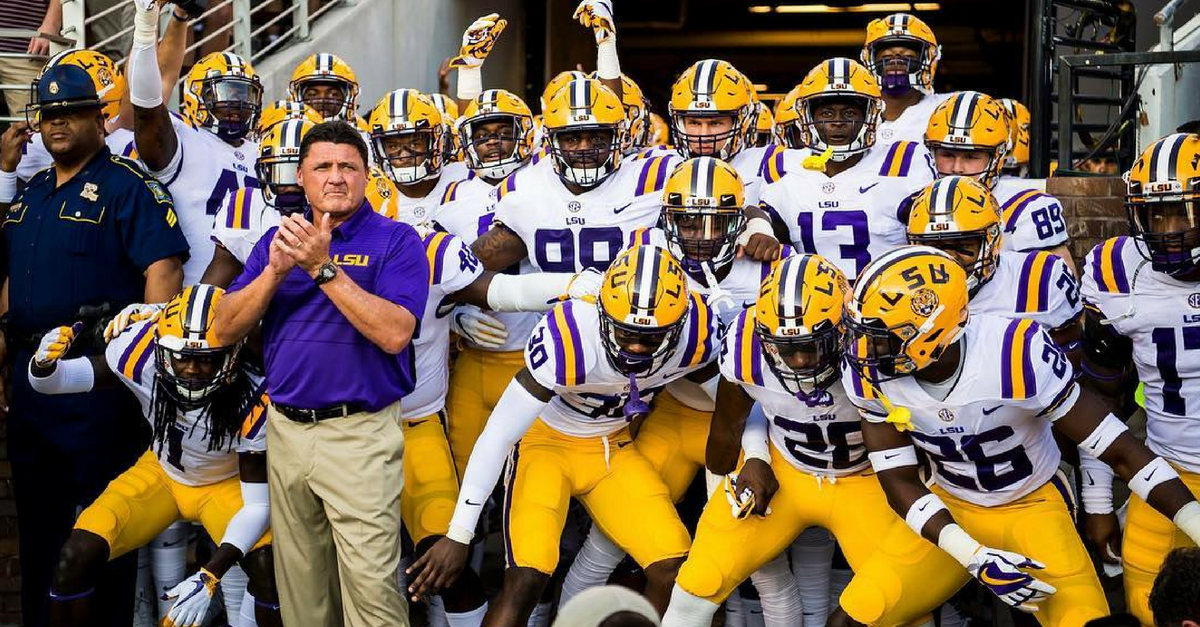 When the LSU Tigers lost at home to the Troy Trojans last season, the team rallied together and held a player-only meeting after starting the year 3-2. They went on to right the ship and finish the season 9-4, gaining huge momentum coming into 2018.

But after two quarterbacks transferred on the same day, and three key players were suspended indefinitely, the Tigers were not planning until the sixth game of the season to get their act together. Team leadership called a players-only meeting once again to address the issues head-on for a team with high expectations.

There was trouble in Baton Rouge for third-year head coach Ed Orgeron, and it was time to be proactive.

As they did last season, the leadership of LSU football responded. Orgeron talked about how proud he is of his football team on Saturday.

While several players spoke, it was junior linebacker Devin White who reportedly said the most, rallying his team into action ahead of a huge expectations in the SEC this year.

Devin White did most of the talking during that players-only meeting last week, according to Jacob Phillips.

The LSU Tigers watched a pair of valuable quarterbacks, redshirt freshman Lowell Narcisse and junior Justin McMillan, leave the program within 24 hours of each other early last week. The quarterback competition is still open, but both leaving the team immediately threw up several red flags.

Oh, and three players received indefinite suspensions over the last two weeks, too.

First, starting right guard Ed Ingram was suspended indefinitely for a violation of team rules. Then, key linebacker Tyler Taylor was suspended after news surfaced that he was arrested on three felony, burglary charges last May in Georgia. Most recently though, wide receiver Drake Davis was arrested after felony second-degree battery charges were filed against him.

Davis is accused of choking, beating and threatening to kill an ex-girlfriend on several different occasions.

The focus of the meeting was about continuity and uniting the locker room as fall camp winds down.

Foster Moreau, a senior tight end who will wear LSU’s fabled No. 18 jersey this year, used a word that LSU fans have been waiting for since 2007.

This meeting wasn’t about diminishing negativity — it was more about forward momentum, and setting goals for the upcoming college football season.

Kudos to the LSU leadership for tackling the issues head on, something they might be able to pass on to their arch nemesis, the Alabama Crimson Tide.

LSU opens the season against the Miami Hurricanes. Expect the air to be clear and the Tigers to be hungry on September 1.