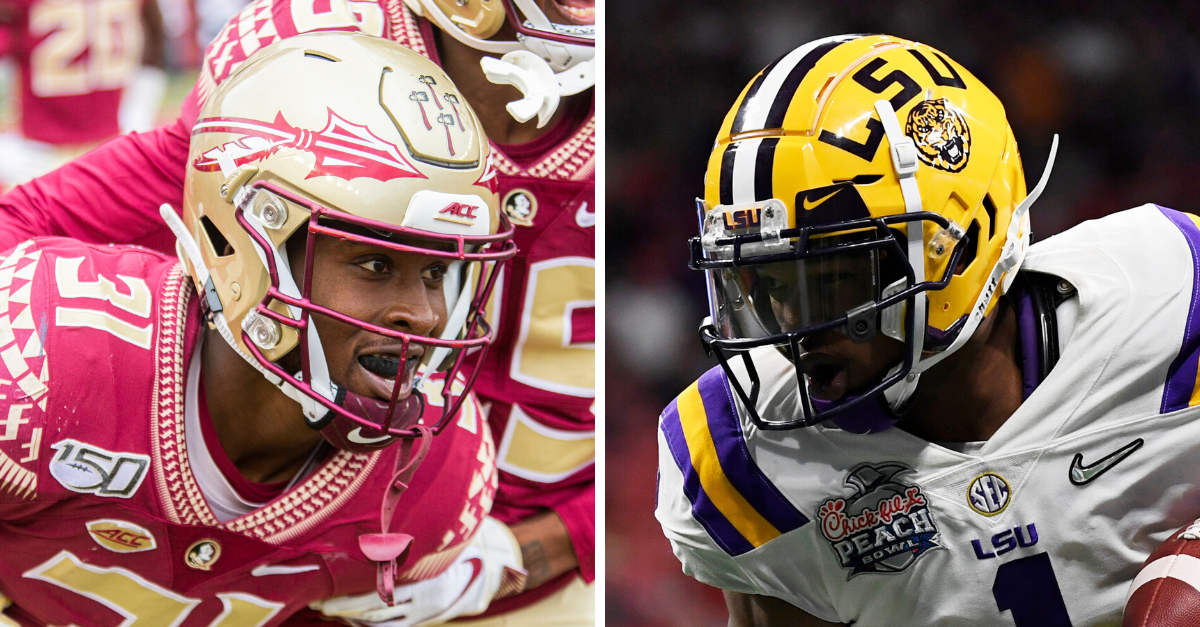 Oh, and the Florida State Seminoles knocked off the LSU Tigers, 27-16, in Baton Rouge, Louisiana. It was the last time the two storied football programs would play each other for nearly 30 years. Thankfully, the drought between these juggernauts is coming to end.

Since 1991, the two schools have won a combined five national championships, hundreds of games and churned out numerous All-Americans over that stretch. With all that history, it’s about time we get to see these two college football juggernauts back on the field together.

Both LSU and Florida State agreed to play a two-game neutral site series against each other prior to the 2018 season. The first game will be in New Orleans in 2022, and the other will be in Orlando’s Camping World Kickoff game in 2023, according to college football reporter Brett McMurphy.

LSU will open the 2022 and 2023 seasons on Labor Day weekend against Florida State!

Florida State holds the edge in the all-time series, winning seven of nine games played, as well as the last four in a row from 1983 to 1991. LSU football, despite having played seven of the nine games at home, last won in 1982. They also won the first game the two schools ever played, 31-27, in the 1968 Peach Bowl.

Times have changed for both the Seminoles and Tigers, but bringing another big non-conference game into the mix gives both programs a nationally-recognized matchup to help propel their programs even further in the future. LSU already has home-and-home series scheduled with Texas, UCLA, Oklahoma and Arizona State in future years, so adding FSU into the mix easily solidifies them when it comes time to fill the College Football Playoff.

For Florida State, they only have the Florida Gators and Notre Dame Fighting Irish slated for marquee football series in the future, so the addition of a major non-conference matchup like LSU, especially for an ACC program looking to show it can hang with an SEC school, gives them the opportunity to prepare a schedule worthy of a national title run.

Opening game for @FSUFootball next 6 years: VT, Boise State in Jax, WVU in Atl, ND at Doak, LSU in NO, LSU in Orlando. Play at ND in '24, so let's just go ahead and move that to opening weekend too.

It’s only a couple of years down the line, so there’s a chance head coaches Ed Orgeron and Mike Norvell will still be leading their respective programs into the neutral site series. No matter what rosters take the field, though, it’s going to make for great football. These two teams haven’t played since the year I was born, and getting to see two of the most decorated programs in NCAA history going at it will set the tone for the entire college football season.

It’s too bad it’s not a home-and-home series. Can you imagine Doak Campbell Stadium in Tallahassee and Tiger Stadium in Baton Rouge lit up for monster night games?

Buckle up: This SEC versus ACC two-game series is going to set up playoff-shifting games right from opening weekend.

This article was originally published Aug. 9, 2018 before updating.