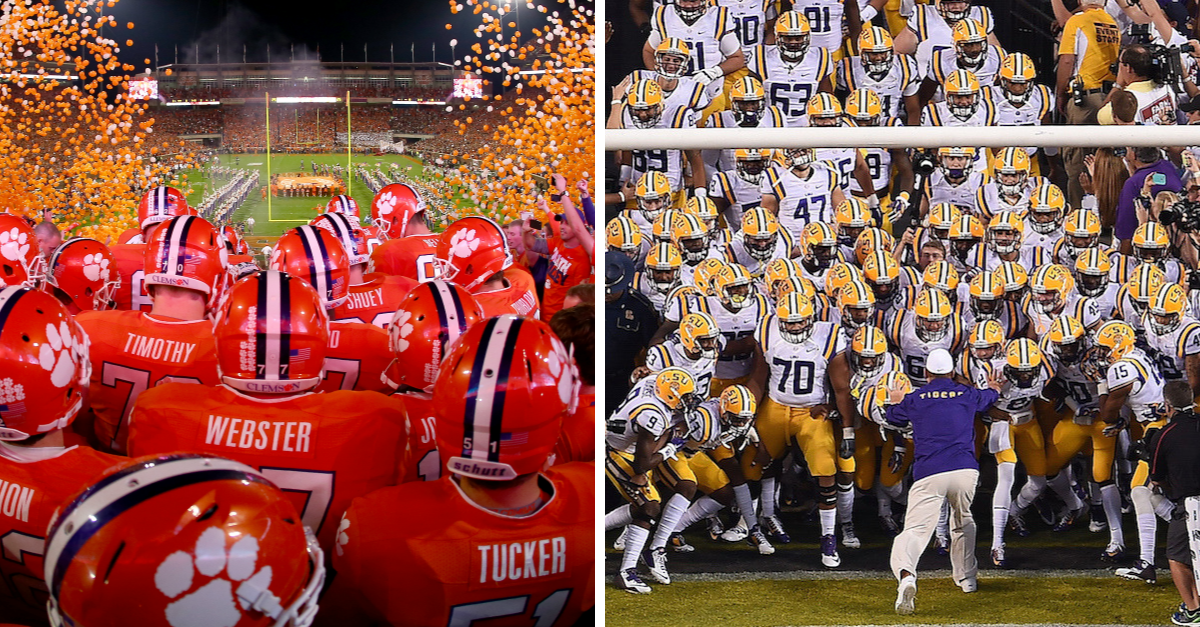 LSU’s Tiger Stadium ranks at the top of the heap compared to other SEC stadiums. Over in South Carolina, Clemson’s Memorial Stadium features one of the most electric entrances in college football, with Howard’s Rock welcoming the team onto the field. Both universities boast legendary college football programs with two of the toughest places to play anywhere in the country, and both are national contenders year after year.

Coming into Death Valley is no easy task for most programs, but that all depends on where you’re standing and who you’re asking. Both LSU and Clemson play in “Death Valley,” but neither has ever played on the other team’s field. They’ve only played three times before, and only in bowl games, but that’s all about to change. We’re finally going to find out where the real Death Valley is

The two Tigers’ programs have scheduled a home-and-home series for the 2025-26 regular season. Clemson will play host the first game, welcoming LSU into Memorial Stadium to kick off the 2025 season on August 30. The following year, LSU hosts Clemson at Tiger Stadium on September 5, 2026.

The two programs have combined for over 1,500 wins and dozens of bowl victories in their long history, but they have only ever played against each other in the postseason.

The LSU Tigers lead the all-time series 2-1, winning the 1959 Sugar Bowl and the 1986 Peach Bowl over Clemson. Most recently, 14th-ranked Clemson and head coach Dabo Swinney knocked off No. 8 LSU and Les Miles in an instant classic at the 2012 Chick-fil-A Bowl.

“The series against LSU continues the philosophy we have had at Clemson for many years of looking to add another Power 5 opponent to our schedule outside of our annual rivalry game with the University of South Carolina,” Clemson Athletic Director Dan Radakovich said. “We are excited about playing a school with LSU?s rich football tradition. We know our fans will enjoy visiting Baton Rouge, and we know they will provide our renowned Clemson hospitality to the fans from LSU.?

One week from now…

Heisman Trophy winner Joe Burrow went toe-to-toe with highly-touted Clemson quarterback Trevor Lawrence at the Mercedes-Benz Superdome. Both Clyde Edwards-Helaire and Travis Etienne earned national awards, and both running backs exploded on the national stage in Atlanta, Georgia. LSU throttled the Oklahoma Sooners in the Peach Bowl semifinal game, while Clemson survived the Ohio State Buckeyes in the Fiesta Bowl. The CFP national title game was the fourth-ever matchup between the two programs, and LSU came out on top.

Kudos to both programs for setting up a Dabo Swinney-versus-Ed Orgeron slugfest and not shying away from a cupcake non-conference football schedule like their joint arch-rival Alabama is often criticized for doing.

These games are going to be loud and have huge implications, and I can’t wait. Death Valley versus Death Valley has a pretty nice ring to it, too.

This article was published on August 15, 2018, but we honestly couldn’t wait seven more years for these games to kick off.