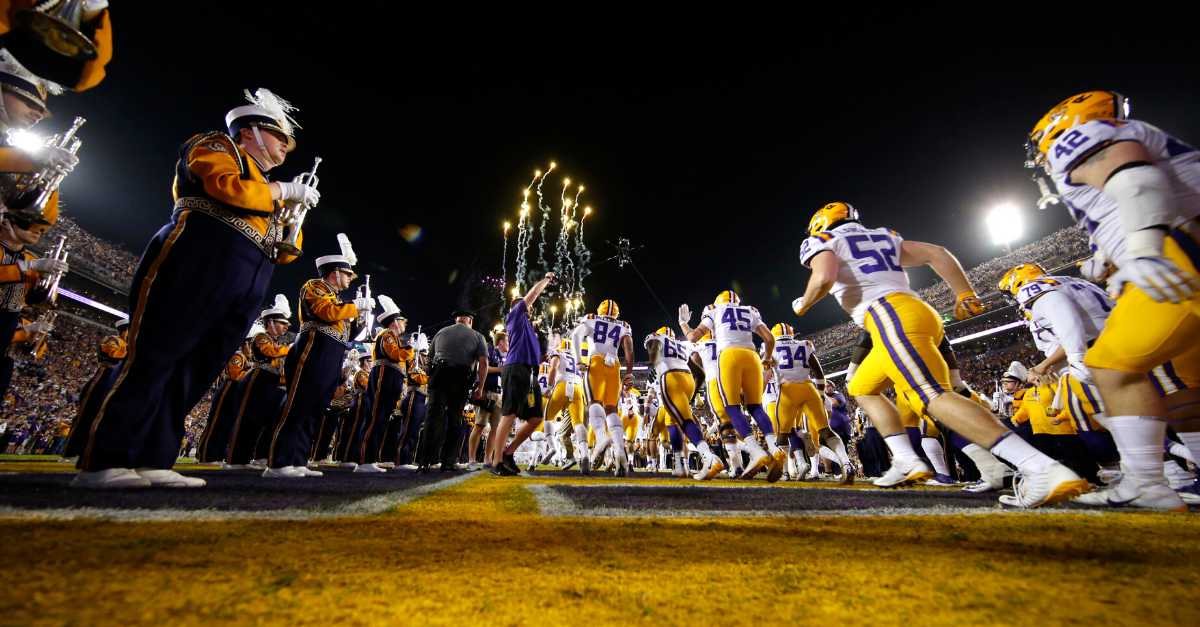 The tribe has spoken. Well, the one that specializes in tech, science, aerospace, do-it-yourself, and auto news has. Popular Mechanics named Tiger Stadium at LSU the best stadium in the SEC.

The company?s top 25 is not exactly what you think, though. It is based solely on the buildings and nothing to do with atmosphere, crowd, tailgating, noise, anything. Just the buildings.

That?s why the stadium popularly known as Death Valley in Baton Rouge, Louisiana, is tops in the league and No. 3 overall.

?Architecturally, the early history of Louisiana French and Spanish design have defined the growth of the stadium with arched entries, views from the upper deck, and ties to the rest of campus,? the site explains.

Nebraska?s Memorial Stadium ranked first after its incredible expansion in 2013, and Florida State?s Doak Campbell Stadium sits at No. 2 ahead of Tiger Stadium. Ohio Stadium, home of the Ohio State Buckeyes, and the Yale Bowl in Connecticut were ranked Nos. 4 and 5, respectively.

Bryant-Denny Stadium at Alabama is the only other SEC stadium in the Top 10.

Historic Kyle Field at Texas A&M is No. 15, Vaught-Hemingway Stadium at Ole Miss is No. 18, Williams-Brice Stadium at South Carolina is No. 20, Neyland Stadium at Tennessee is No. 21, and Sanford Stadium at Georgia is No. 24.

Having half to the conference on this list is rather impressive, but none are as good structurally than Tiger Stadium in the SEC.

LSU's longstanding tradition of playing night games in Tiger Stadium was born in 1931 when the Tigers opened the season against Spring Hill under the lights.#SECFB x #CFB150 » https://t.co/ABJ485sApi pic.twitter.com/dxvDU9qSET

So when you head to Death Valley this fall, soak it all in, and know you are walking into one of the best stadiums in the entire country.

This article was originally published November 2, 2018.