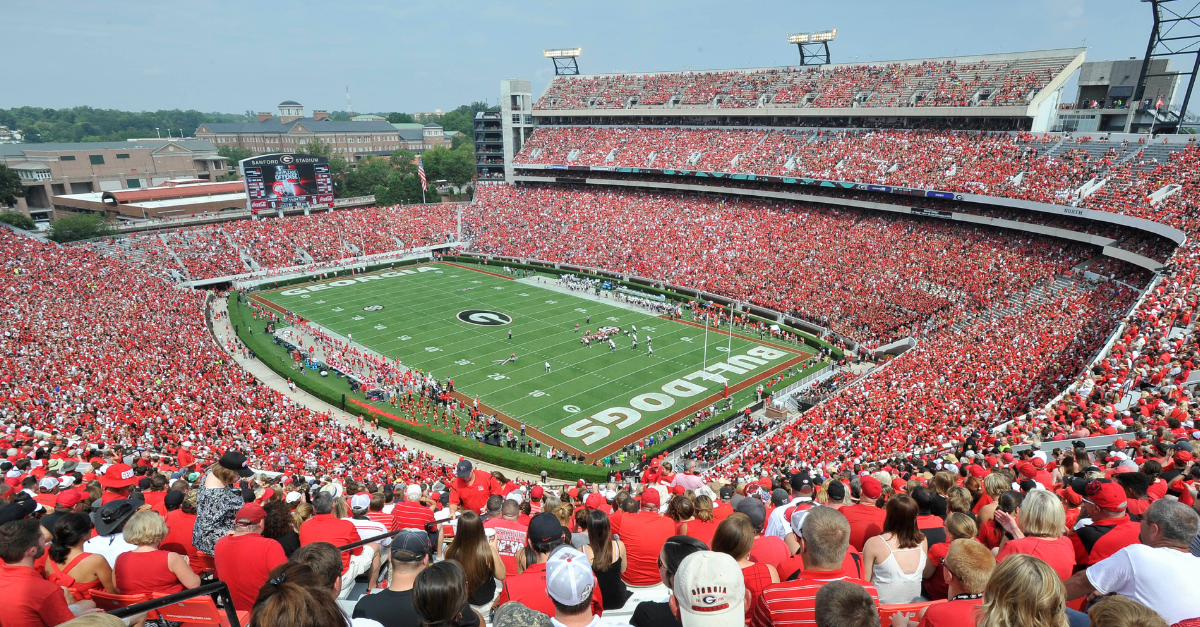 For 90 years, Sanford Stadium has been the football home of the Georgia Bulldogs. It has seen hundreds of wins, more than a dozen SEC titles, and hosted two national championship teams in its incredible history. Now it?s about to add a new name to its legacy.

UGA President Jere Morehead and J. Reid Parker Director of Athletics Greg McGarity have proposed to the University System of Georgia Board of Regents make it Dooley Field at Sanford Stadium after arguably the program?s most legendary coach and sports figures in Athens, Georgia: Vincent Joseph Dooley.

Some fans might feel this was long overdue, but the board could approve this change later this month in Atlanta for the football field to finally become a reality before the 2019 football season. There is even an official ceremony to dedicate Dooley Field before Georgia?s home opener on September 7.

RELATED: 15 of Georgia?s Greatest Running Backs to Ever Play, Ranked

Coach Vince Dooley is an icon at the University of Georgia. He was the head football coach for 25 years from 1964 to 1968? amassing 201 victories, six SEC tiles, and the 1980 national championship ? while also serving as the program?s athletic director from 1979-2004.

?Coach Dooley?s many contributions to this university can be seen across campus from Georgia athletics, where he achieved unrivaled success, to the learning environment, where today many academic programs and initiatives bear his name, such as the Dooley Library Endowment Fund to the Dooley Professorship in Horticulture. The university community will continue to benefit from his service and dedication for generations to come.?

Born in Mobile, Alabama, Dooley was the quarterback for the Auburn Tigers from 1951-53 before coaching under Ralph ?Shug? Jordan at his alma mater. He left Auburn to become the head coach at Georgia, and the rest is history.

Name a college football coaching honor. Vince Dooley likely has it. He was the first-ever winner of the Bobby Dodd Coach of the Year and was the second-winningest coach in Southeastern Conference history when he retired, trailing only the great Bear Bryant from Alabama. Hall of Fame running back Herschel Walker, who said ?it?s a great day for the University of Georgia and its football program.?

?I can think of no better way to open the 2019 home football schedule than dedicating Dooley Field at Sanford Stadium,? athletic director Greg McGarity said. ?The event will be a moment for the entire Bulldog Nation to collectively say ?thank you? to a man who has devoted much of his life to making the Georgia athletics program one of the strongest in the nation.?

Coach Dooley is one of the best leaders in Georgia history. Now the 86-year-old legend will have another piece of history to honor him forever.

READ MORE: 15 Obvious Signs You Were Born to Be a Georgia Bulldog