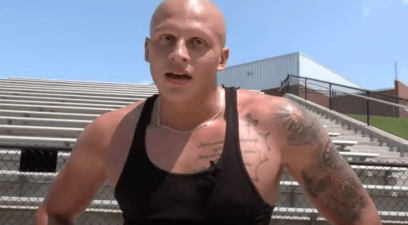 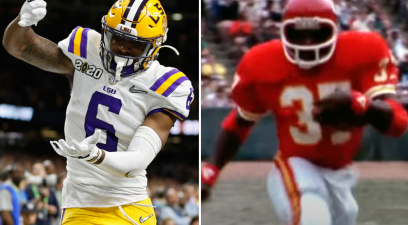 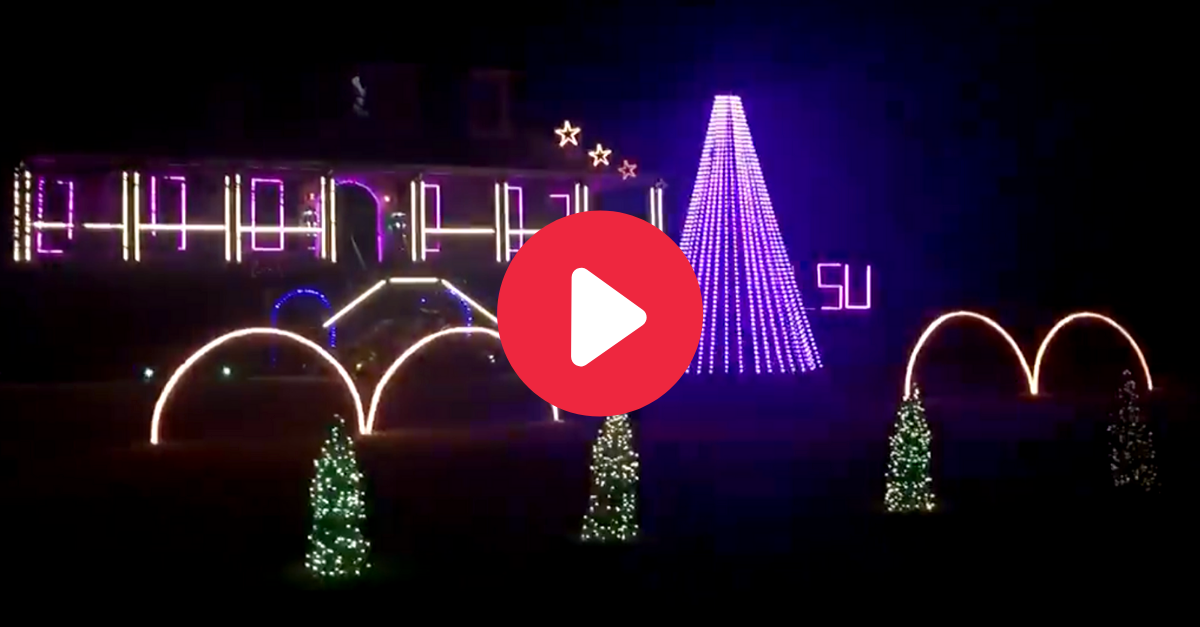 The state flag of Louisiana features a “pelican in her piety” adorned on a blue backdrop. But honestly, at the rate the LSU Tigers were dominating the college football landscape as the No. 1 seed heading into the 2019 College Football Playoff, a formal petition to make the state flag purple and gold with Ed Orgeron’s screaming face yelling “HOLD THAT TIGER” might need to happen.

The LSU football team brought unprecedented success to Baton Rouge, and the state as a whole, led by Heisman Trophy winner Joe Burrow and the top-ranked offense (554.4 yards per game) in America. “Tiger Fever” swept the state, but one Louisiana homeowner took the cake with his Christmas decorations honoring Louisiana State University.

Darryl Clark, Jr. posted a video to his Facebook page showing off an incredible Christmas light display. The kicker? He set the lights to flash in tune with the LSU fight song, and anyone in and around Baton Rouge should check out his incredible display for themselves.

This video obtained by NOLA.com offers a straight-on shot of the incredible light show set to “Fight for LSU.”

If you drive past the home on Elliott Road in Baton Rouge, make sure to take the lyrics with you and sing a nice LSU-themed Christmas Carol nice and loud for all to hear.

The glory of the Purple and Gold.

Let’s carry through, Let’s die or do

To win the game for dear old LSU.

Keep trying for that high score;

Come on and fight,

We want some more, some more.

Originally written by Castro Carazo and W.G. Higganbotham back in 1937, “Fight for LSU” is often confused with “Hey Fighting Tiger” as the official anthem at LSU football games. The former is played as LSU takes the field at Tiger Stadium, as well as after touchdowns. The latter is sung before and after games, but is simply a crowd-favorite chant.

You’ve got the know how,

Hang on to the ball as you hit the wall

And smash right through the line

You’ve got to go for a touchdown

Run up the score.

Make Mike the Tiger stand right up and roar.

Give it all of your might as you fight tonight

and keep the goal in view.

LSU faces the Oklahoma Sooners and Heisman Trophy finalist Jalen Hurts on December 28 in the Peach Bowl with a trip to the College Football Playoff National Championship Game on the line.

I’d bet my hard-earned dollar that many LSU fanatics will be heading over before game day to pay homage to Darryl Clark, Jr.’s incredible homage to an undefeated regular season, 2019 SEC Championship, and all-things Louisiana this holiday season.

This article was originally published December 20, 2019.