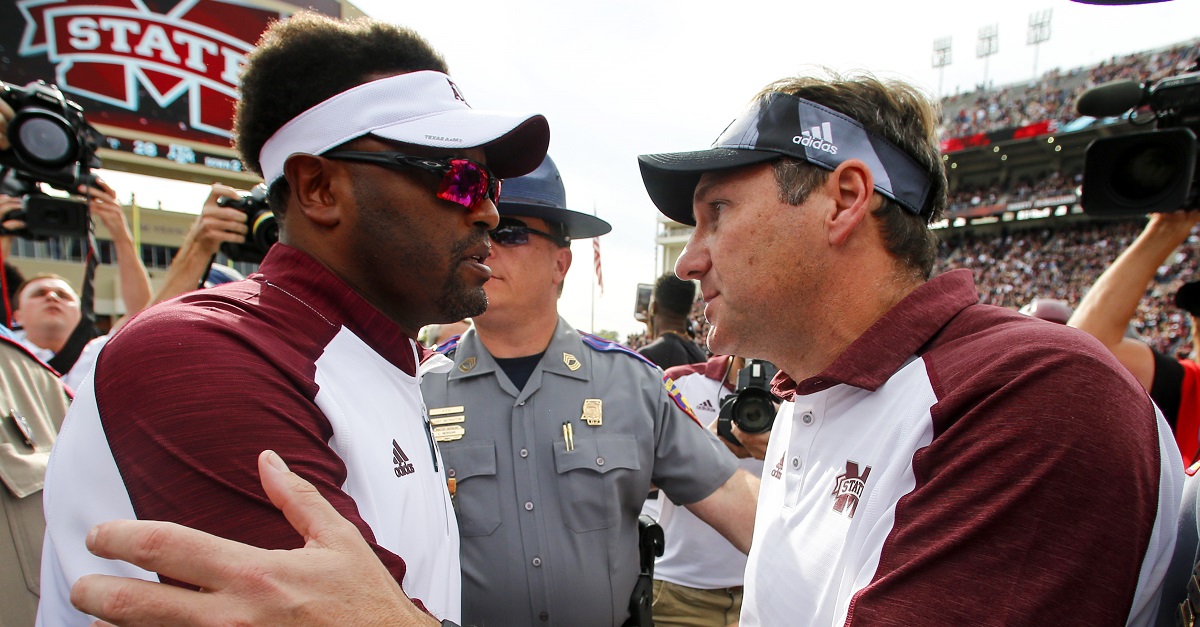 Mississippi State head coach Dan Mullen has been rumored as a top choice for several schools if his current school is unable to keep him around. However, it appears the administration is going to do everything in its power to keep him in Starkville.

Have been told this AM #MissState is set to step up and go all in to keep Dan Mullen at MSU, making an even bigger commitment to him and to his staff.

Mullen was also asked about staying with the school next year after his team was upset by Ole Miss in the annual Egg Bowl. He was clear that he wanted to stay with Mississippi State and now it looks like he will be getting the resources to make them into a true contender in the SEC.

Mullen has been linked to the Florida job since he was an assistant under Urban Meyer and is familiar with recruiting the state. He’s also been linked to Tennessee due to his recruiting prowess and familiarity with the conference. Regardless of where he ends up, it would be a steal for that school to have him as a coach.