UPDATE: Mississippi State head coach Mike Leach passed away on Monday night, the school announced on the morning of Tuesday, Dec. 13, 2022. He was 61.

"We are supported and uplifted by the outpouring of love and prayers from family, friends, Mississippi State University, the hospital staff, and football fans around the world," Leach's family said, via ESPN.. "Thank you for sharing in the joy of our beloved husband and father's life."

Leach is the first active SEC coach to pass away since LSU coach Bo Rein died in a plan crash in 1980. According to Sports Illustrated, Leach's death is the first of an active FBS coach since Northwestern's Randy Walker, who died of a heart attack in June 2006 at 52. 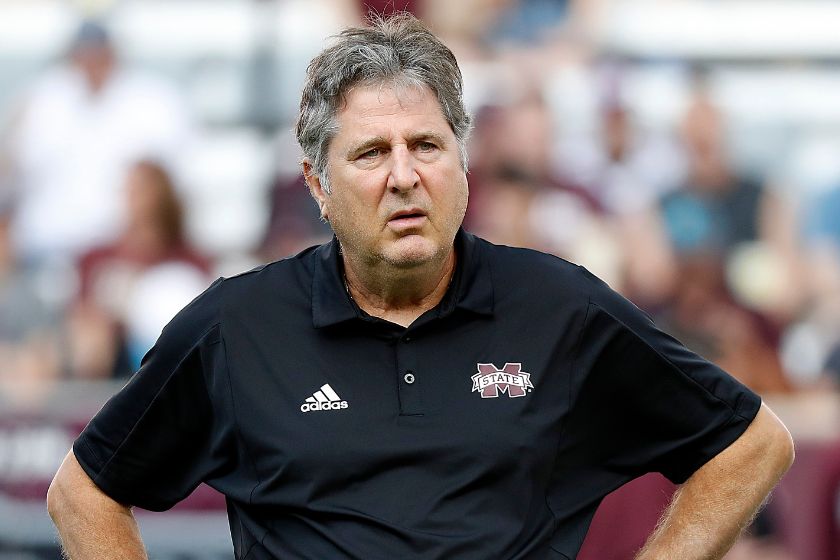 Originally reported as a "personal health issue," head coach Leach was taken by EMTs to Oktibbeha County Hospital near his home in Starkville, before being airlifted to the University of Mississippi Medical Center in Jackson, Mississippi. As of publication on Monday morning, Dec. 12, the 61-year-old head coach, in his third season leading the MSU football team, remains hospitalized. Sources say the former Texas Tech and Washington State coach may have suffered seizures with the possibility of brain damage, an explanation for the seriousness of Coach Leach's condition.

According to ESPN, Mississippi State president Mark Keenum and athletic director Bracky Brett have decided to place defensive coordinator Zach Arnett in charge of the football program until the head football coach returns, leading the Bulldogs football team against Illinois at the ReliaQuest Bowl in Tampa Florida. Leach led Mississippi State to an 8-4 regular season record and an appearance in a bowl game. That's not too shabby for a team that began the NCAA football season outside of the AP rankings.

Our thoughts and prayers go out to Coach Mike's family during this incredibly difficult time.