In quite possibly the most Mizzouiest finish to a football game, the Missouri Tigers blew multiple chances to win in SEC Saturday action against Auburn.

In a shocking overtime collapse, the Auburn Tigers squeaked out a win to beat the Missouri Tigers 17-14 with a field goal. Besides the obvious fact that no one has ever seen a tiger in either Missouri or Alabama, other than the zoo, this Saturday match ended with a series of 'what the what' moments for Mizzou. 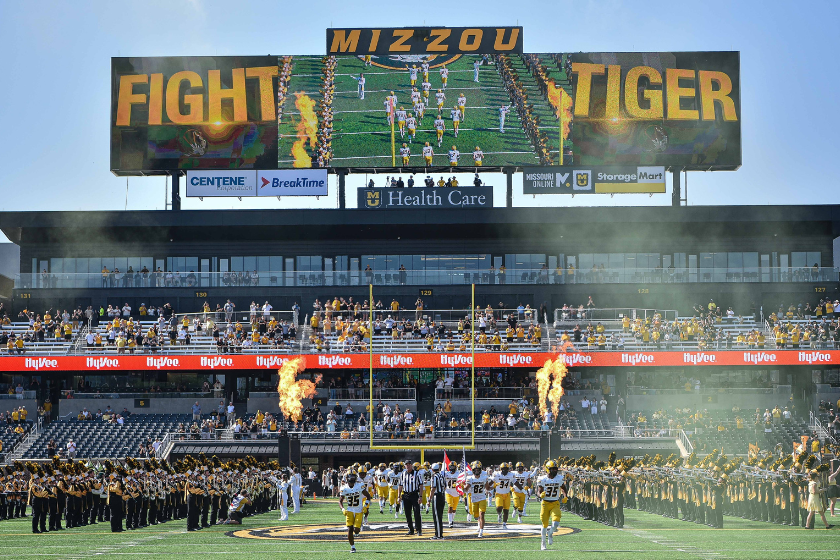 There are some losses that just leave you speechless, unable to form adequate words to express the level of shock over how they transpired. Saturday's loss felt like that for Mizzou fans. The Tigers had chances, numerous chances, to win the game, both in regulation and overtime. Yet here we are, reliving the agonizing stupidity of the play Missouri delivered.

It looked hopeful for Missouri fans as the fourth quarter drained away. Mizzou's quarterback Brady Cook helped put the Tigers in a position to score in the final seconds of regulation with a 39-yard pass to Dominic Lovett. Mizzou had clawed its way back to be in this position and it looked like the Tigers wouldn't need a field goal from Harrison Mevis to secure the win in the final moments of the 4th. Then Mizzou kneeled, opting to not go for the end zone and out trotted Mevis. What?!

Faith in Their Proven Kicker 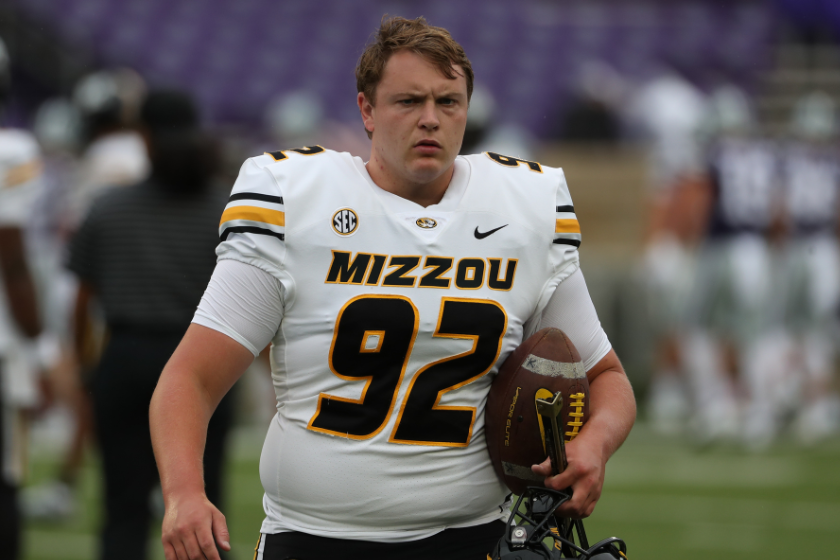 The Mizzou kicker has a history of successfully kicking 50+ yard field goals, so while many college football fans may not have approved of the Tigers decision to not go for the end zone, they had faith. The fans' faith has receipts, Mevis was a top kicker in the SEC last season. When the season wrapped, he'd shown tremendous clutch accuracy, having made 23 of his 25 field goal attempts, three over 50 yards. This is one reason why it's an accepted joke that Harrison Mevis doesn't practice kick on the sidelines. Ok, but like maybe he should do his practice kicks moving forward. For the love of the kicking gods.

The Mizzou kicker has a palpable confidence and takes his role in Missouri seriously. He told the local Columbia Tribune, "It doesn't matter what I did the last two years. It does not matter to me. I'm just as hungry as I was my freshman year. I want to make all the kicks this year; 92% for me is unacceptable. I've got to be 100% this year."

All of this amplified the shock and awe when Mevis marched out to attempt what should have been an easy 26-yard field goal to grab the win for Mizzou. Instead, he uncharacteristically missed. Cue another, "What?!" 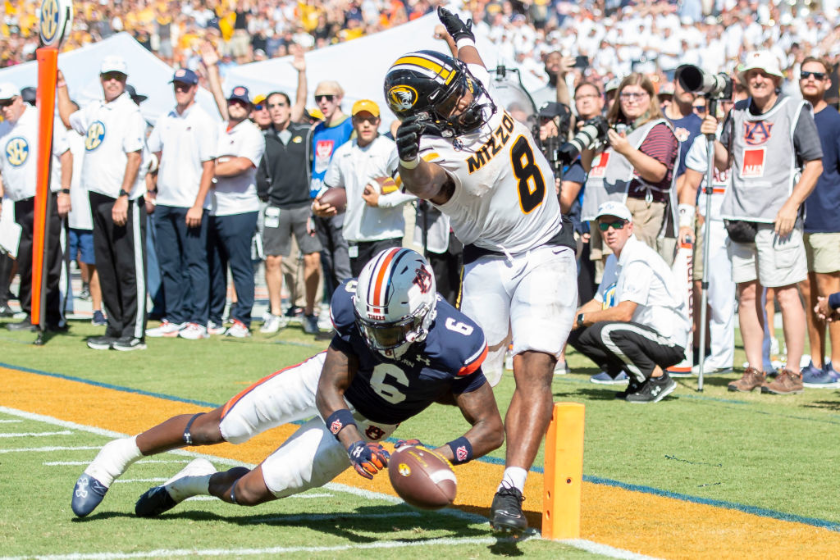 Overtime presented another opportunity to beat the Auburn Tigers and Mizzou first came so close with a near interception. Unfortunately the replay showed Martez Manuel didn't have full possession before hitting the turf and the call was reversed. Fail.

This failed interception gave Auburn the opportunity for a field goal and they took it, going up 17-14. No worries, this isn't the old school NFL. Mizzou still had another opportunity with the ball.

The second play of Mizzou's drive it looked like the Tigers were going to win. Then, when Mizzou running back Nathaniel Peat was this close to the end zone he what? Fumbled the ball? Lost his grip? Thought he'd cleared the pylon and cockily released the ball? Only Peat knows. But the dropped ball led to an Auburn walk-off touchback. I mean you can't make this up, it's so bizarre.

This is a very stupid way for Mizzou to lose, but somehow a stupider way for Auburn to win pic.twitter.com/rPjad7HYMU

This won't be a game Mizzou fans quickly forget. I can imagine alums recounting the repeated failures over tailgating beers for years to come. Mizzou fans, remember when we weren't in the SEC? Those were the days.

The Missouri Tigers now fall to 2-2 as they prepare to meet an undefeated, top-level Georgia next week. The Auburn Tigers advance to 3-1 and will face fellow SEC West LSU next.

MORE: Auburn's Colors Were Stolen From Another School