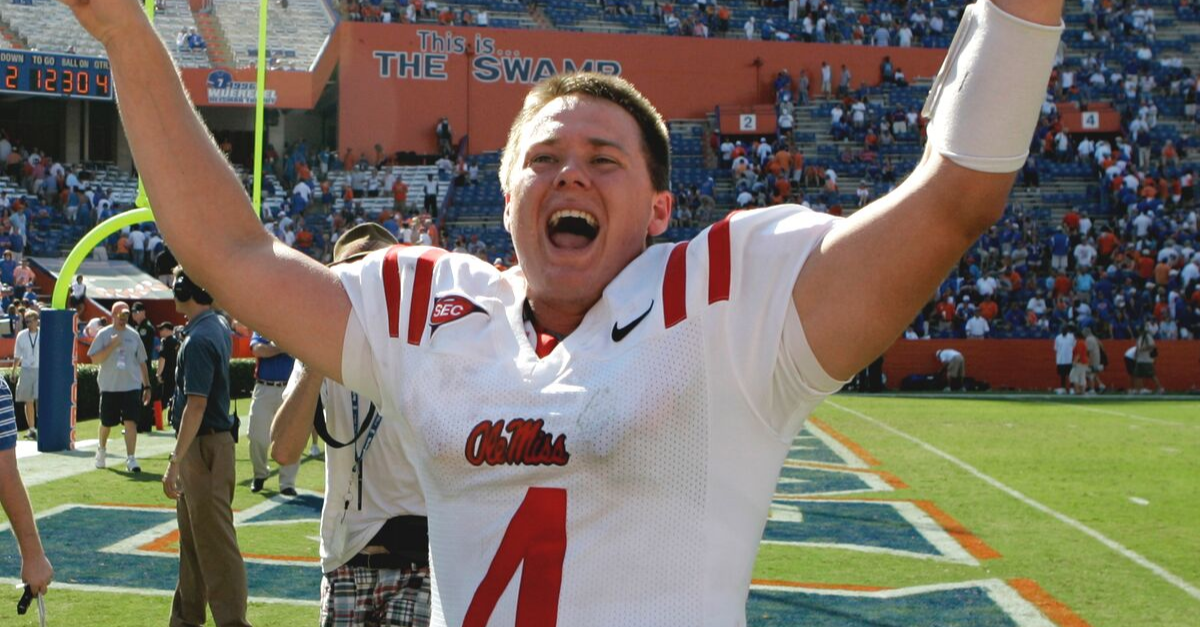 Over two seasons from 2008-09, former Ole Miss quarterback Jevan Snead brought the SEC program unprecedented success. For the first time since the late 1950s, the Rebels won nine games in back-to-back seasons, including a pair of Cotton Bowl victories over Texas Tech and Oklahoma State. Snead put together an incredible two-year career and still ranks No. 8 on the Ole Miss Rebels’ all-time passing yardage list (5,394) and fourth in career passing touchdowns (46).

Very sad day with news of the passing of former Texas QB Jevan Snead. Our thoughts and condolences are with his family and friends during this difficult time. pic.twitter.com/Dnlq40MgKw

According to KVUE, police found Snead “dead on scene” in a parked car near the 1200 block of South Congress in downtown Austin, Texas. Foul play is not suspected, and Austin police are still investigating his death.

Snead was a two-time All-State selection playing at Stephenville High School in Texas. Born in San Angelo, Snead was one of the top-ranked dual-threat quarterback prospects in America, and initially committed to play for Mack Brown and the University of Texas Longhorns as the heir-apparent to Vince Young.

After a quarterback battle with Colt McCoy, Snead was relegated to the bench. Facing Kansas State in 2006, McCoy went out with injury, and Snead got his first chance as a true freshman. Snead led the Longhorns on a comeback from 21 points down, but ultimately lost 45-42.

The 6-foot-3 quarterback transferred to the University of Mississippi the following year, but sat out his first year there due to NCAA rules. After that, Snead solidified his legacy at Ole Miss over two stellar seasons as starting quarterback under head coach Houston Nutt.

Snead’s career highlights include upsetting then-No. 4 Florida and Tim Tebow on the road, and beating LSU back-to-back seasons when the Tigers were ranked 18th and 10th, respectively.

Our thoughts and prayers are with your family and friends. Rest In Peace Jevan. pic.twitter.com/o2ZQay99bo

Snead elected to forego his senior season and enter the 2010 NFL Draft. He ultimately went undrafted in 2010, spent training camp with the Tampa Bay Buccaneers, but was cut in early September. Snead briefly signed with the Tampa Bay Storm of the Arena Football League, but never played a regular season game for the team.

According to the Austin-American Statesman, the former Ole Miss star’s LinkedIn profile said he had been working in Austin.

Details on Snead’s death are still unknown, but this story will be updated when new information becomes available.