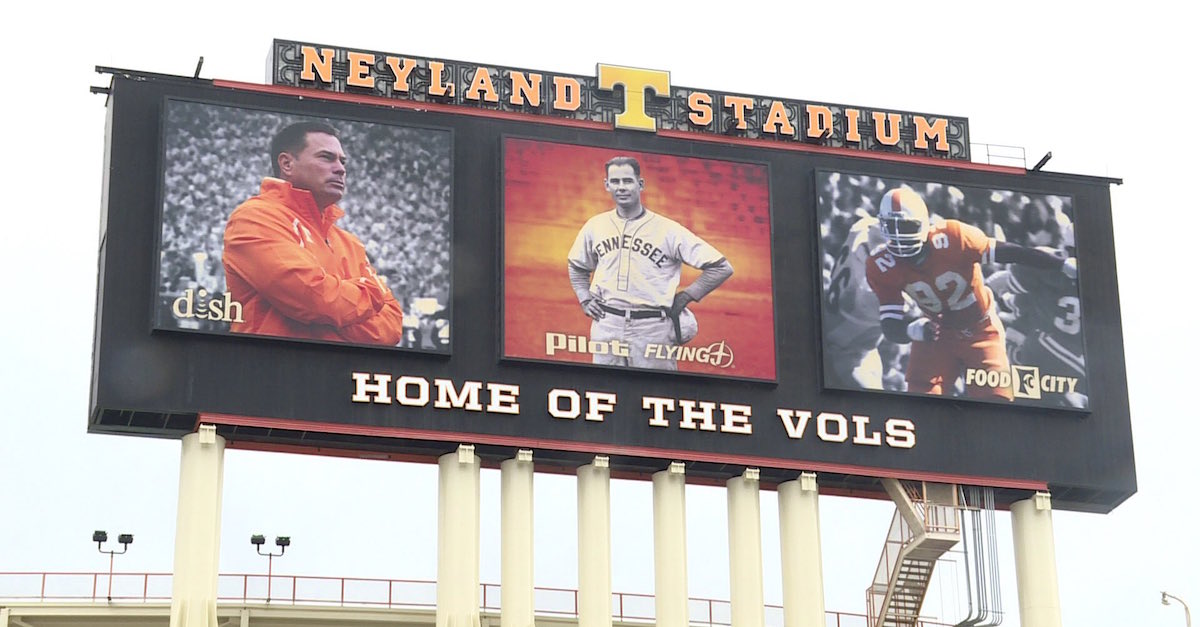 Butch Jones’ picture is reportedly coming off the back of the Neyland Stadium jumbotron.

Sources told WVLT‘s Chynna Greene that the process of removing the image of the former Tennessee head coach, who was fired in November, will begin on Monday.

Jones’ picture has remained on the scoreboard for more than three months, despite being fired following a 4-8 season, which included zero wins in conference play and was the worst finish in program history.

Along with his disappointing tenure, Jones is also reported to be in talks to accept an off-field position at Alabama, which would make him even less popular among Tennessee fans.

Chancellor Beverly Davenport acknowledged fan displeasure on Twitter, specifically a tweet asking to “Get Lyle off the jumbo tron,” on January 2. “Please hang on. A crane has been ordered,” Davenport tweeted.

According to WVLT, weather conditions could factor into how long the process to take Jones off the jumbotron will take.