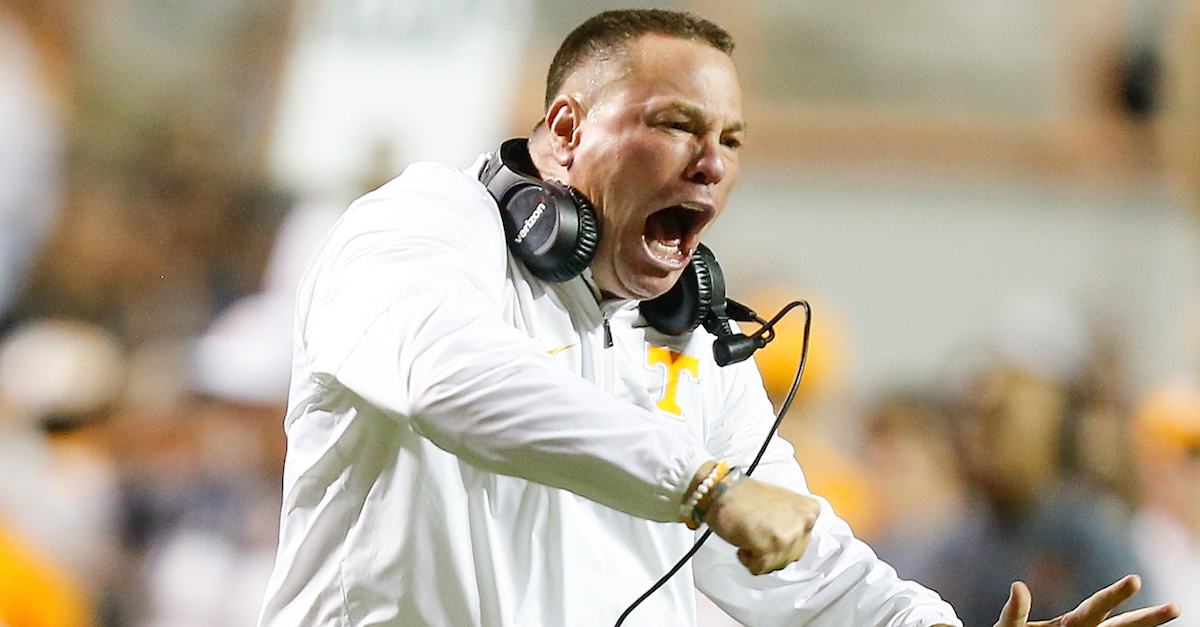 Travis predicts Tennessee will be among six “big” coaching jobs open this offseason and Mullen will fill its vacancy as Travis discusses as part of his Outkick the Coverage blog on Sunday.

The pundit also predicted that Florida, UCLA, Nebraska, Arkansas and Texas A&M would be in the market for new coaches this offseason.

Mullen is also considered one of the favorites to be the Gators’ next head coach, having previously worked with the team as an offensive coordinator and quarterbacks coach from 2005-08, which included winning two national championships and coaching Tim Tebow during his Heisman Trophy season.

He currently holds a 67-44 (32-37 SEC) head coaching record and has led the Bulldogs to seven consecutive winning seasons.