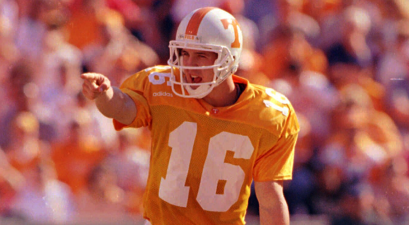 Jamarcus Chatman is a four-star defensive tackle in the class of 2018 and was originally committed to LSU from April to June of this year. That was, until he visited Tennessee on June 17 and immediately decommitted from LSU the next day. Now he’s made his commitment official via his Twitter:

Officially Committed to The University Of Tennessee #GBO 🍊🍊🍊 pic.twitter.com/7CU5EvyYen

The almost 6’3″ and 267-pound defensive tackle is a Rome, Ga. native so it’s a bit of a surprise that Georgia has never made a push for him. But sticking in the SEC makes pretty good sense since he’s smack dab in the middle of the region. Scout has him ranked as the No. 24 DT in the country and the No. 2 DT in the state of Georgia.

Chatman has an insane 60 offers including some from Florida, Florida State, Louisville, Miami, Michigan, Oregon, Penn State and Texas among quite a few others.