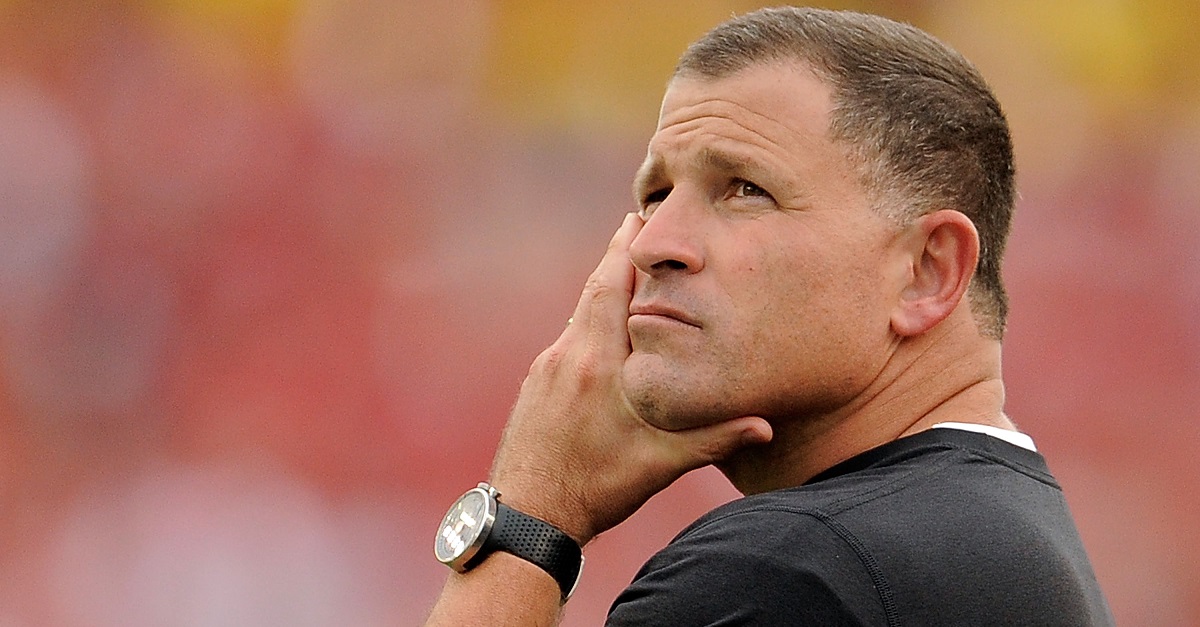 The open Tennessee head coaching job is one of the more intriguing ones right now in the college football world. The Grumors have been on full display and nearly everyone in Knoxville wants the Monday Night Football analyst to “come home” where he got his start as a coach under Johnny Majors. However, Football Scoop is reporting that there’s a darkhorse candidate should Gruden and other options become unavailable.

Several national writers have floated Greg Schiano?s name. Might happen but we haven?t heard that much in the wind. Some in the profession reached out to us today to say don?t discount Schiano?s chances. Some we?ve spoken with today said [AD John] Currie believes if some other things don?t fall into place that Schiano could be the guy.

The 51-year old last coached at the college level when he led Rutgers from 2001-2011 where he went 68-67 while they were still in the Big East. He then coached the NFL’s Tampa Bay Buccaneers for two seasons going 11-21. He’s been at Ohio State as a defensive coordinator and associate head coach since last year after his three-year absence from the sport. He’s also got a nice coaching tree with P.J Fleck and Mario Cristobal as part of it.