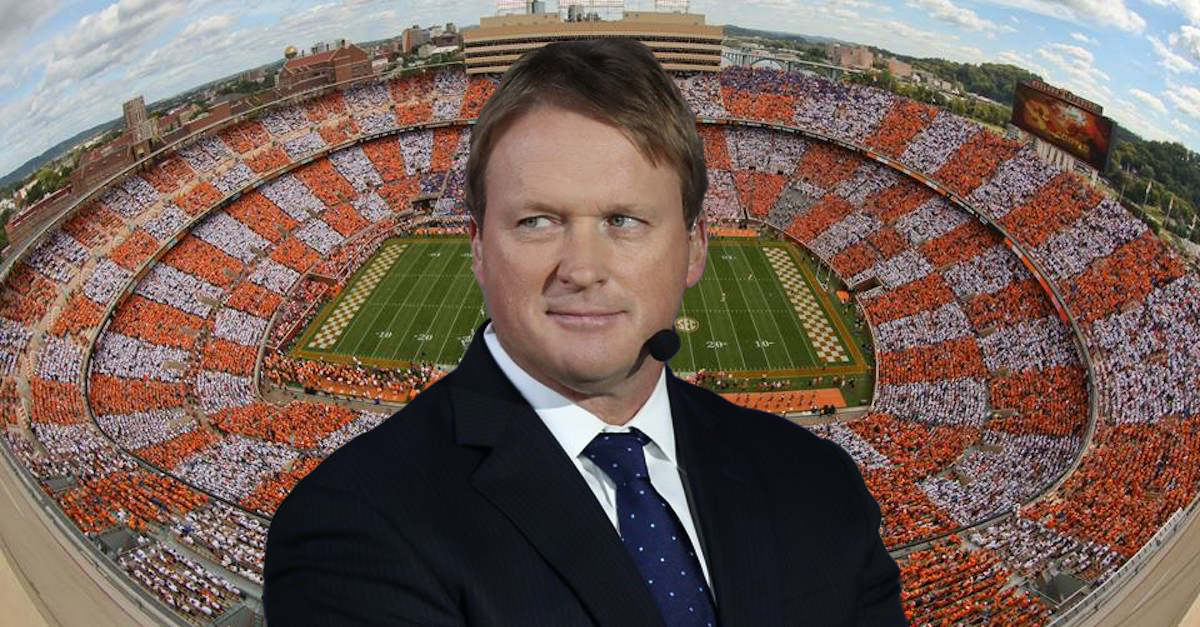 While Jon Gruden may have gotten Tennessee fans excited after his appearance on a local Seattle radio station, his Monday Night Football colleague Sean McDonough’s interview on the same station will surely bring much less optimism.

McDonough told Brock and Salk of ESPN 710 in Seattle that he’d be doesn’t expect Gruden to take the job on Rocky Top.

“He’s not going to Tennessee,” McDonough said. “I’d be shocked if he did. I think he’s very happy doing what he’s doing. I think, in my opinion and he hasn’t said this to me just being around him, I would think he was going to go back to coaching it would probably be in the NFL. He loves Tennessee, he started his coaching career there, his wife is from there, they have a son who is there now. I know he feels very passionate about the place. But I’d be surprised if he was the next coach of the Tennessee Vols. Doesn’t mean he can’t have some fun with….but I don’t think he’s going to be the next coach at Tennessee.”

Gruden and McDonough have worked together all season during the latter’s first year as the play-by-play man for Monday Night Football. Surely, the two have discussed the former coach’s name being linked to the job in Knoxville at least once before, so his credibility seems to check out.

According to 247Sports’ Grant Ramey, Tennessee athletic director John Currie made a pitch to Gruden on the coaching job in Tampa on Wednesday.  The report also includes another important piece of information: that Tennessee gave Gruden a deadline on a potential decision, and that Tennessee could shift attention to Mississippi State’s Dan Mullen when that deadline passes.

Gruden, who has never served as a head coach at the college level, went 95-81 during 13 NFL seasons with the Oakland Raiders (1998-2001) and the Tampa Bay Buccaneers (2002-08), which included leading the Bucs to a Super Bowl victory during his first season.

The former Super Bowl champion’s past ties to the Tennessee football program have led many Vol fans to believe he would eventually return to Rocky Top, as he’s been linked to the position several times over the past decade.

Gruden began his career as a graduate assistant with the Vols under Majors in 1986-87. His wife, Cindy, was a Volunteer cheerleader and his son, Michael attends UT.

WZTV in Nashville shared a video from 2014 of Gruden discussing the Tennessee coaching job and the subsequent “Grumors” that follow every time the Vols have a vacancy.

Gruden’s success at the NFL level and notoriety as Monday Night Football’s color commentator lead many to believe that he would be a home run hire for the Vols, despite a lack of coaching experience at the college level.