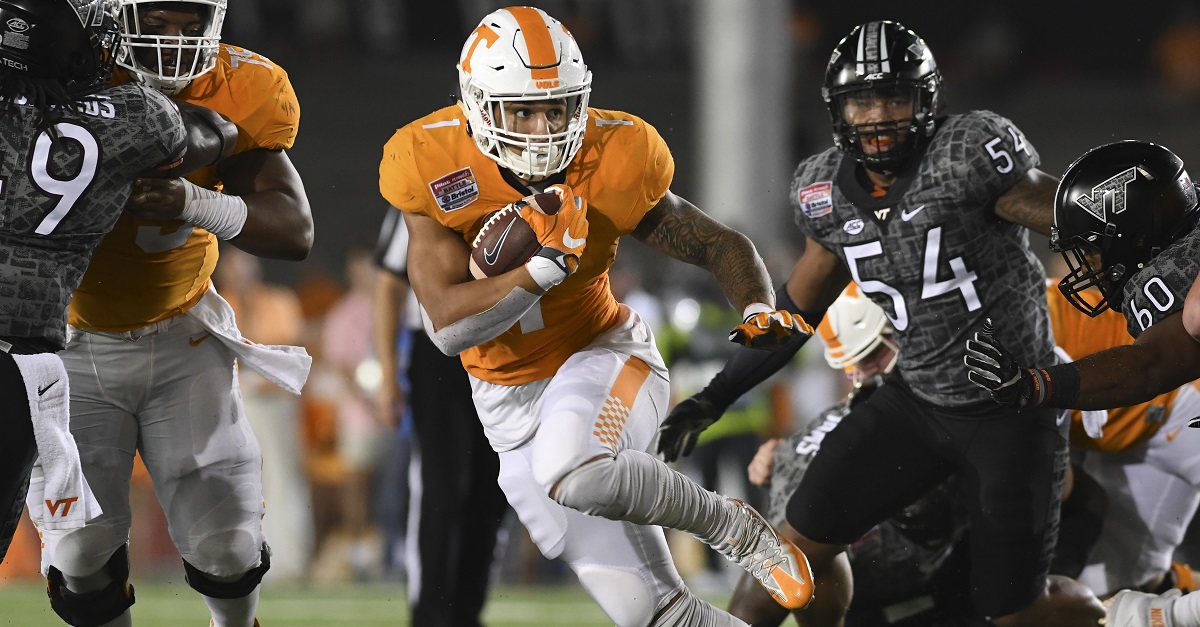 Former Tennessee running back Jalen Hurd decided to leave his team nearly one year ago.

Hurd, who transferred to Baylor this offseason, cited a lack of chemistry with the Vols’ offensive scheme and working differences with the coaching staff.

In hindsight, many Vol fans who labeled Hurd a “quitter” or bashed the running back would likely agree with the running back as Butch Jones seemingly faces an inevitable firing after another disappointing loss to South Carolina on Saturday.

The Vols have struggled offensively as Jones’ self-proclaimed “infallible” scheme has proven to be a dud. Hurd’s stepfather, Arthur Smotherman, who has criticized Jones and the program since his stepson’s departure, broke down Tennessee’s struggles in a recent Facebook post.

Smotherman is absolutely right about Jones’ scheme being predictable. As a Tennessee fan/alum, I’ve watched this offense for five years and it’s literally the most obvious scheme I’ve ever seen. It’s an offense built around a mobile quarterback, which is why Quinten Dormady starting the first five games was unacceptable.

The majority of plays are handoffs, QB options and screen passes. There’s absolutely no unpredictability at all.

Still, Hurd left the team only 448 yards shy of setting the Tennessee rushing record. If anyone should be complaining about Jones misusing running backs, it’s Alvin Kamara who, despite being the superior player between the two and is potentially a star in the NFL, was the team’s No. 2 back for the majority of his time in Knoxville.

But again, that’s on Jones, just like his very fallible scheme.