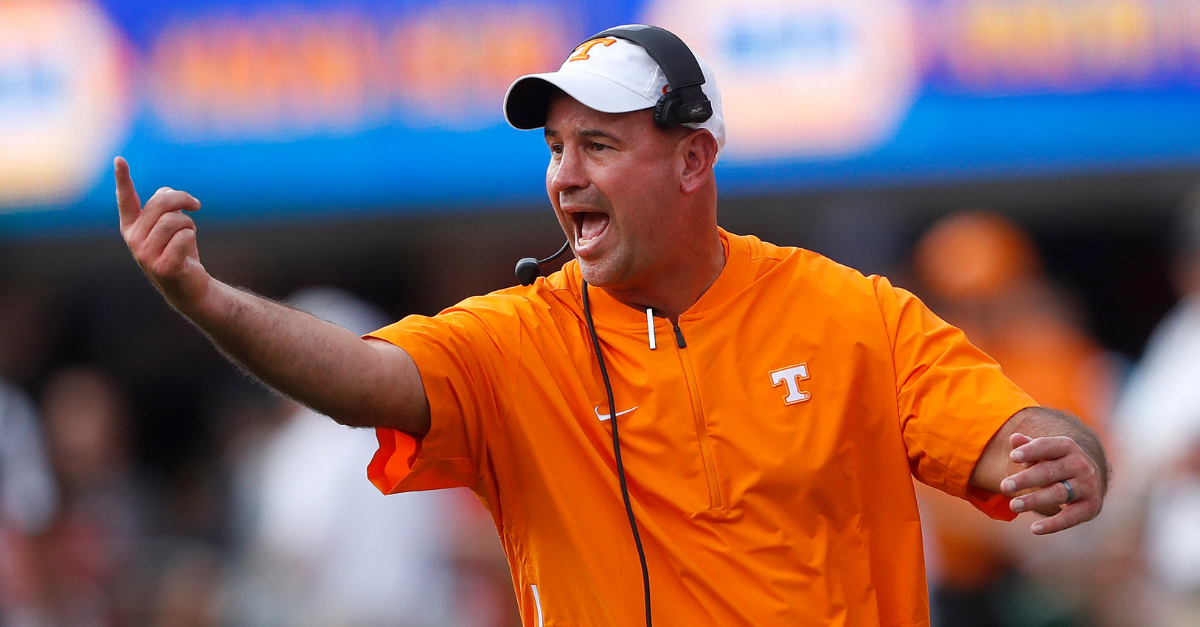 No matter where life takes us, hometown pride never leaves. LeBron James constantly reminds the world he?s ?just a kid from Akron? while stars like Aaron Rodgers are quick to help back home in a time of need. And no matter how old you are, when your high school alma mater does something exciting, you want to share that moment like you were still a teenager.

Tennessee Volunteers head coach Jeremy Pruitt is no different. Born in Rainsville, Alabama, the now 45-year-old was an all-state football player at Plainview High School, where his father was the head football coach. The love for home is still there, too. When the Bears won back-to-back Alabama State 3-A basketball titles, Pruitt sent out a tweet to congratulate them.

?Congratulations Robi Coker and Plainview High School on back to back State Championships! #2muchblue #PLV,? Pruitt tweeted, via USA Today.

Seems harmless, right? Well, in the eyes of the NCAA, which loves to be the fun police, a college football coach tweeting about his high school alma mater?s boys basketball team title is a violation.

Within minutes of pressing send, Pruitt got a call from an UT compliance department staff member to tell Pruitt that the tweet was an ?impermissible endorsement of a high school team and its coach.?

As if winning SEC football games wasn?t hard enough, Pruitt now has to refrain from talking about about his high school alma mater on Twitter because it?s apparently an NCAA violation.

Here?s an excerpt from USA Today:

?If Pruitt liked, marked as a favorite or republished something on social media to indicate approval, that would not violate NCAA bylaws. But constructing his own tweet did.?

This “crime” is just one of nine NCAA violations Tennessee reported this year. All of them were considered minor, Level III violations.

The moral of the story is a congratulatory tweet to your alma mater during the offseason is against NCAA rules. University of Tennessee football coach Jeremy Pruitt certainly learned that the hard way.

This is as dumb as it gets.