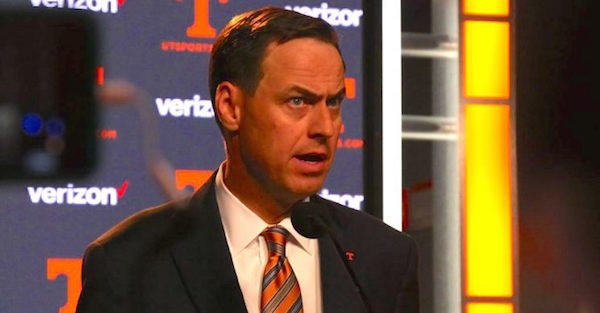 During Monday’s Cruiserweight division match, fans chanted “Fire Currie,” which was loud enough to be heard clearly during WWE’s broadcast.

On Monday, Sports Illustrated’s Bruce Feldman reported that several boosters were attempting to drive Currie out of Knoxville, despite having been hired just nine months prior.

However, UT chancellor Beverly Davenport seems to be in favor of allowing Currie to continue conducting the coaching search, as noted in an official statement released on Monday:

"….to bring the next head football coach to the University of Tennessee, Knoxville.”