After massive backlash, Tennessee has reportedly made a stunning decision coaching hire 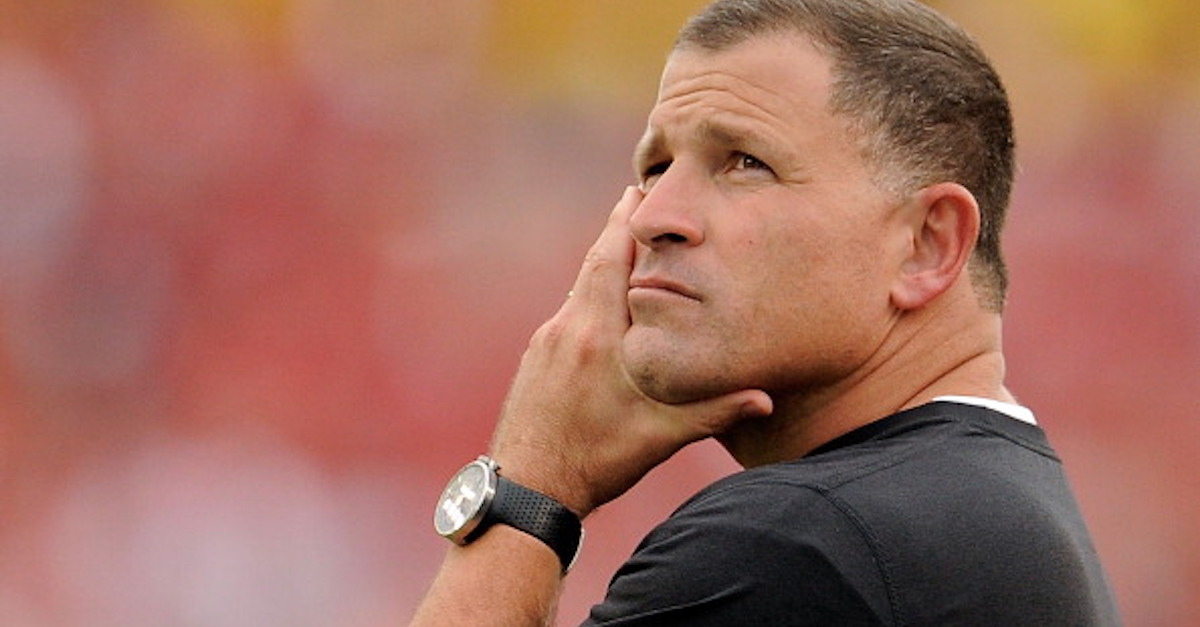 The Tennessee Volunteers were slated to name Greg Schiano their head coach on Sunday afternoon. Until they weren’t, according to at least one report:

Greg Schiano will not be the Head Coach at Tennessee. It’s done.

A separate report noted the scheduled press conference won’t go down tonight, and may not at all:

I am told Tennessee was going to have a press conference tonight to announce the hiring of Schiano but canceled it due to protests. Unsure if it will be rescheduled tomorrow or if the deal has fallen through. One prominent booster wasn't happy with Schiano hire.

Former member of UT board of trustees unhappy with Schiano hiring: "In the current environment you couldn't have done anything worse than perceived to have known about Jerry Sandusky (and said nothing). You (UT) can't take that chance. I'm speechless. Unbelievable. "

Politicians came out in full force to push back against the decision to hire Schiano and NFL analyst Mike Freeman called it one of the worst coaching moves in the past 10 years.

The Rock on UT's campus. pic.twitter.com/aG3BXrkKOW

It also resulted in the decommitment of a 4-star cornerback prospect Jaycee Horn.

Tennessee fired head coach Butch Jones a couple of weeks ago, and there had been rumors that the Vols were interested in Jon Gruden, Dan Mullen, and even Iowa State?s Matt Campbell. However, Mullen appears to be finalizing a deal with Florida, and it looks like Gruden and Campbell declined Tennessee?s overtures.

After being linked to several notable college coaching positions, Schiano took over as the Tampa Bay Buccaneers? head coach in 2012 and went 11-21 before being fired after his second season.