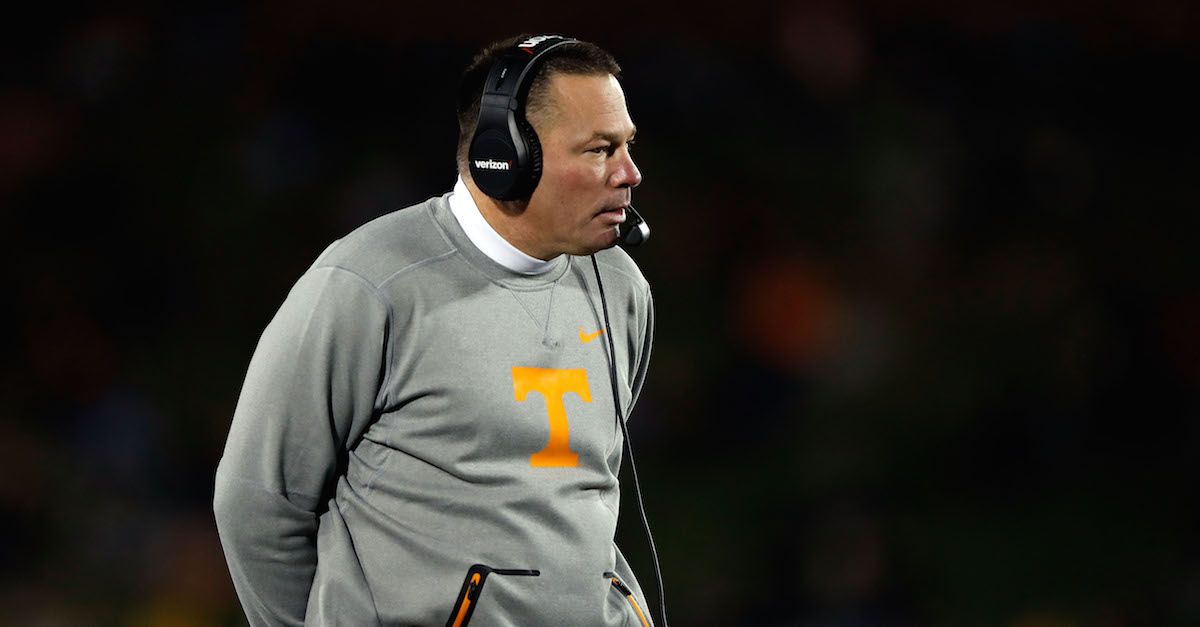 Butch Jones is out at Tennessee, but he may not be out of college football for too long.

According to a report by SB Nation, Jones was contacted about the currently open job at Oregon State.

While that might be a bit surprising to some considering how Jones’ tenure at Tennessee ended, it appears that Oregon State is doing their due dilligence in finding their next coach. The Beavers have been rumored to be interested in Jim McElwain and Bronco Mendenhall before, and even former UCLA coach Rick Neuheisel has said that he would entertain taking the job if Oregon State’s officials ever reached out to him.

Oregon State parted ways with previous head coach Gary Andersen after a disastrous three-season tenure. Oregon State was 7-23 under Andersen before the coaching change was made six games into the season.

Jones was 34-27 in his tenure at Tennessee before he was fired. Overall, Jones has a career head coaching record of 84-54, which includes stops at Central Michigan and Cincinnati.