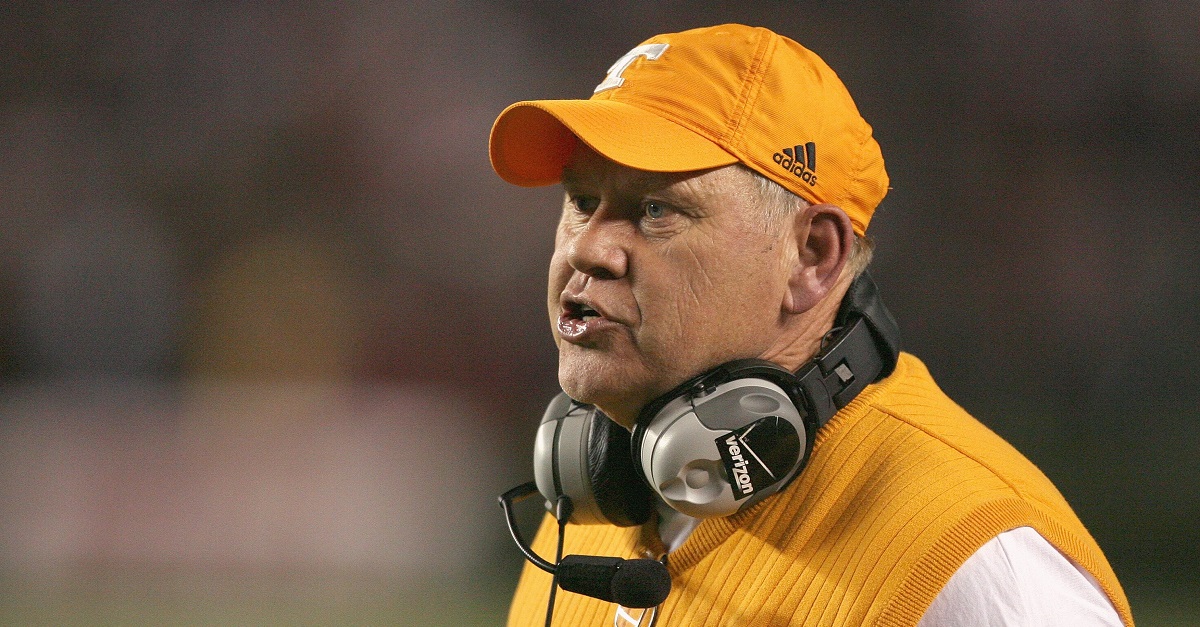 When former legendary coach Phillip Fulmer took over as athletic director at Tennessee, most people thought it would be a quick fix. However, it sounds like he might be there for quite some time. According to a recent interview by Jimmy Hyams of WNML in Knoxville, Fulmer says he plans on being on the job for the foreseeable future.

?I want to do this as long as I am being helpful and if I had to put a number on it, which I don?t have to, I would say five years, six years, something like that.”

Fulmer is 67-years old right now so it might seem a little ridiculous, but it’s important to keep in mind that Fulmer is only a year younger than Nick Saban and he doesn’t look like he’s slowing down any time soon. The former Vols coach will surely be doing everything in his power to make sure new head coach Jeremy Pruitt does well in his first year and down the road.

His experience against Alabama — he went 10-5-1 against Alabama as a player and coach — might also come in handy against Saban. Just as long as there are no more “brick by brick” situations, Volunteers fans should be fine.