The 2022 Southwest Classic was a matchup you wanted to tune into this Saturday.

From one of the worst first quarter performances ever from the Aggies to the missed potential game-winning field goal from Arkansas, a lot occurred during the 60 minutes. However, one of the craziest moments became the Aggies' saving grace.

The Hogs Looked Unstoppable, Until A&M Stole Their Thunder 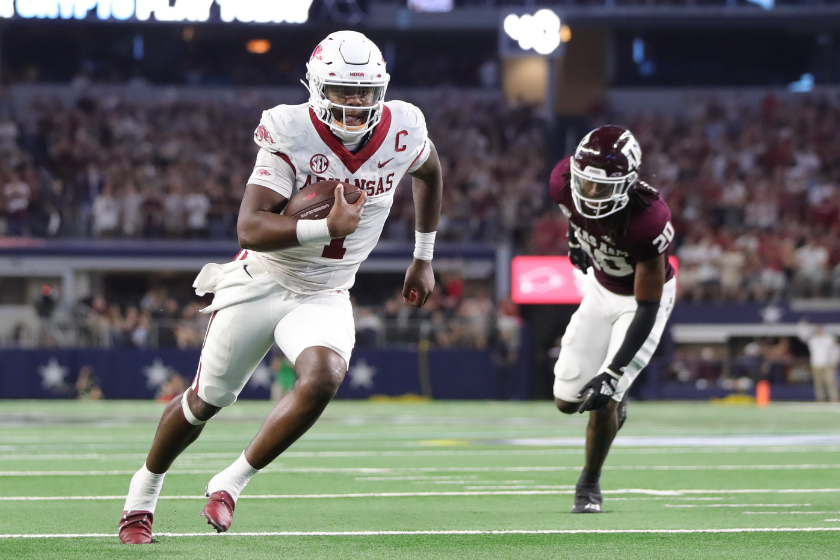 The Razorbacks were on their way to broadening the lead against the Aggies after A&M managed to make its way into the end zone. Arkansas was consistently making its way down the field until they made it to A&M's 3-yard line.

Aggie fans all over the country expected the obvious: for the Hogs to increase the score and crush the hopes of A&M winning. Yet, the Aggie defense had other plans. All eyes were on this next play and, if you were an Arkansas fan, you were excited and ready; Aggie fans, however, held their collective breath.

"The moment of 'Oh, how are we going to come back from this?' went through my head," A&M fan Brady Walton said. "The mentality of 'keep fighting for the momentum' was all I could think about. Then we got the momentum." 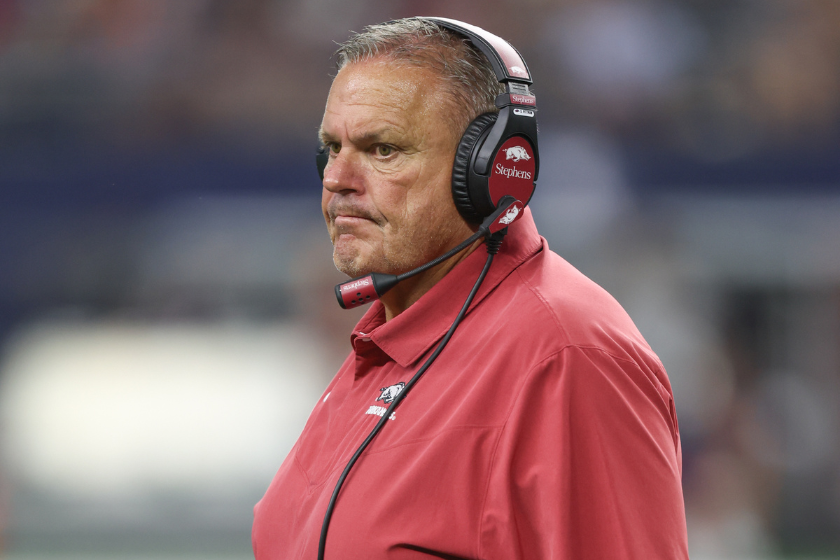 The ball was snapped and it was chaos from there. Quarterback KJ Jefferson took the ball for himself and attempted to catapult himself over the defense despite being on the 3-yard line. Why he tried to jump instead of handing it off to a running back we'll never know.

"Did he think he was Michael Jordan in Space Jam?" Walton said. "He was not."

As the quarterback jumped over, the ball was lost. At first, so much was going on that no one knew what was happening other than the fact it was fumbled. Yes, the Razorbacks literally fumbled the bag. Being that close to the end zone should have been an easy touchdown, but it wasn't. As Jefferson was jumping, linebacker Chris Russell Jr. knocked into him from behind and caused him to hit the ball right into defensive back Tyreek Chappell's arms. All Aggie fans noticed was the turnover, what happened next was largely unnoticed until the end.

Chappell ran down the field to the 18-yard line and, before an Arkansas player wrapped him up. Luckily, fellow defensive back Demani Richardson was there to save the day.

This earned an understandable laugh from the entire press conference room.

At first, it wasn't even noticeable that Richardson managed to get away with the ball until he broke off from the crowd and sprinted down the field. The defense, sideline and entire stadium erupted once he reached the endzone as the Aggies managed to do the impossible and put up points on the board when it was expected to be the Razorbacks.

A Change in the Tide for the Aggies 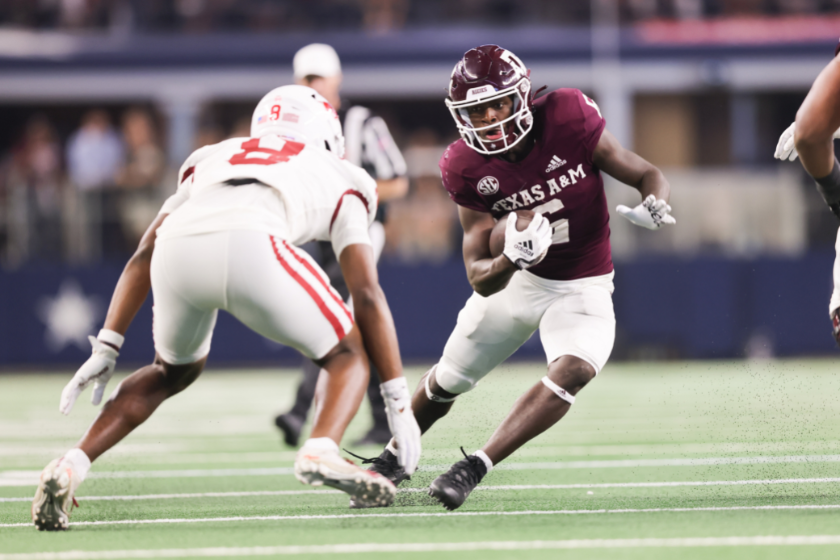 This fumble six changed the entire momentum of the game. No longer did Arkansas run over the defense like it did before. This play showed not only opponents, but the whole nation that when the offense isn't pulling its weight like it should, the defense would work with what it had to get points on the board.

Even though the extra point was missed, the 14-13 score on the board meant more to the Aggies than one could have thought. It demonstrated the fight in this team and what it would do to win the game. From the moment this play happened, the result at the end of the night was all but secured as the momentum was all on the Aggies' side.

Last year's Southwest Classic was a snoozefest, but this year, taking your eyes off the field for even a second could mean missing out on one of the craziest plays this season.