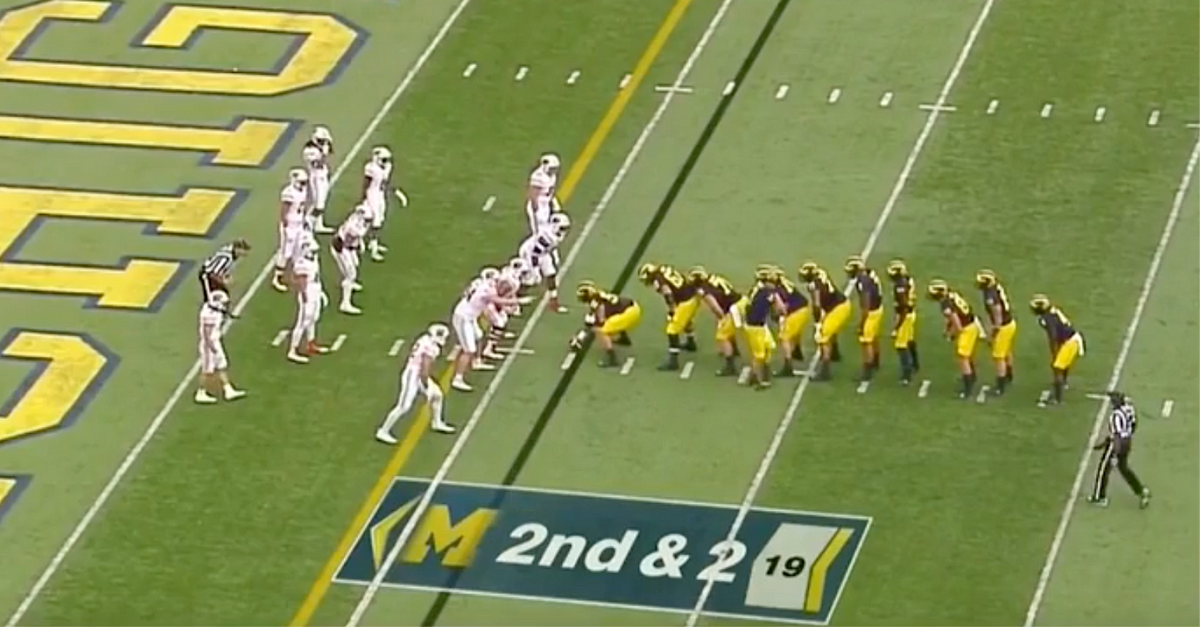 The best part of college football is the amount of ingenuity and creativity that coaches can cook up. The collegiate game is full of unique offenses and gigantic numbers that makes the game a destination for fans from all over the country. Fan bases love their team, and they love it even more when coaches dig deep into their playbooks and bust out the best trick play they’ve got.

You never see them coming, but you almost never forget them. When some situations demand a conservative call, it’s the perfect time to throw something out that your opponent will never expect. Rivals embarrass each other with them and underdogs score once-in-a-generation upsets thanks to them. These 11 trick plays come in all shapes and sizes, and from flea flickers to fake spikes, almost every one of them is sure to be copied by another team looking to surprise their opponent.

Facing Syracuse in November 2012, the Cincinnati Bearcats went deep in their bag of tricks for this play. Running back George Winn took a handoff up the middle and, right before hitting the line, jumped and tossed a pass to the free-running Travis Kelce, who rumbled 37-yards for the touchdown. The Bearcats took that momentum and never looked back, winning the game 35-24.

North Texas returner Keegan Brewer stared down a punt against Arkansas early in the game and never fully signaled for the fair catch. When the Razorbacks turned and walked off the field, he took off up the sideline for a fake punt return touchdown that ultimately helped lead the Mean Green to a 44-17 upset of their SEC opponent early in 2018.

Holding onto a slim lead in 2012, No. 15 Clemson pulled out some trickery that contributed to a win over ACC rival Georgia Tech. The pass from wide receiver DeAndre Hopkins back to quarterback Tahj Boyd is considered to be the first iteration of the “Philly Special” before Nick Foles made it Super Bowl famous.

What’s better than a trick play? When you run a fake field goal to a 170-pound kicker to beat the 12th-ranked team in the country. In 2007, the LSU Tigers won the national title and had First-Team All-SEC kicker Colt David on their roster. Facing No. 12 South Carolina, head coach Les Miles cooked up this backfield trickery to take the lead before halftime.

College football’s bowl season is primetime trick play season. In the 2016 Boca Raton Bowl, the Western Kentucky Hilltoppers managed to squeak out a big fake kneel run that fooled the entire Memphis Tigers defense. The gamble didn’t result in more points before the end of the half, but Western Kentucky didn’t need it on their way to a 51-31 win and the program’s second-consecutive 11-win season.

When ACC rivals meet, it’s time to bust out all the stops. Early in the 2009 season, Georgia Tech hosted the Clemson Tigers and held onto an early 14-0 lead. After a sneaky platoon swap late in the play clock, they lined up for a field goal that wound up being a long touchdown pass to a wide open Demaryius Thomas. Clemson came storming back, but Georgia Tech held on late to win 30-27.

There are bold calls and then there is passing up a game-tying field goal in favor of a gadget play for the win. When Notre Dame faced the Michigan State Spartans in 2010, head coach Mark Dantonio pulled out what was dubbed “Little Giants” to knock off the Fighting Irish in walk-off fashion 34-31.

The Boise State Broncos found themselves clinging to life when they faced the Oklahoma Sooners in the 2007 Fiesta Bowl. Down a touchdown on 4th-and-18 with 18 seconds left in the game, their hook and ladder play known as “Circus” thrust Boise State into overtime. They also had another trick play in the same game that you might be seeing later in this countdown…

What happens when you’re a FCS team facing an ACC program? You pull out something crazy like what the Presbyterian Blue Hose did in 2010. They would ultimately lose the game 53-13, but this high-risk, double pass touchdown downfield landed them in the high-reward category, which I’m sure has led to a lot of failed attempts to reach the end zone using this same play.

The 1984 Orange Bowl, the No. 1 Nebraska Cornhuskers were known for their wishbone offense led by Heisman winner Mike Rozier, a No. 1 overall pick in the NFL Draft Irving Fryer, and All-American quarterback Turner Gill. Playing for the national championship, who would have expected to run the “fumblerooski” with an offensive lineman for a touchdown!? The Cornhuskers were beaten by the Miami Hurricanes, 31-30, but this play alone has stood the test of time.

Has there ever been a bolder call in NCAA history than this one? You kick an extra point to extend the game, or you can go out and win the biggest game of your life with a two-point conversion and one of the greatest trick plays ever. As a 7.5 point underdog, Boise State was put on the map when they knocked off the Oklahoma Sooners by the final score 43-42 and the game ended with the hero, running back Ian Johnson, proposing to his girlfriend on the field.

This article was originally published October 1, 2018.

MORE: The 15 Most Electric Entrances in College Football History