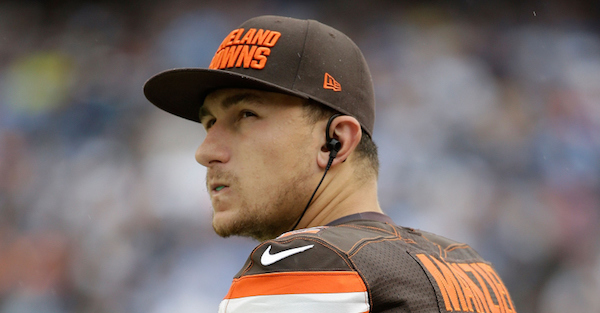 Four-star safety Leon O’Neal ended up committing to Texas A&M and you could certainly attribute some of that to Johnny Manziel and his tweeting at the young man leading up to his decision. However, it would appear that someone from compliance might have gotten a hold of him because he then tweeted this out on National Signing Day.

Due to always controversial NCAA rules I will no longer be able to @ any recruits. My apologies…

While Manziel is obviously an alumni of the school, he’s not on the staff and there is apparently an NCAA rule that says he can’t help the school land recruits. It’s really too bad because he could have been a powerful ally for the Aggies and new head coach Jimbo Fisher. While Fisher doesn’t really need help recruiting, having Manziel on his side could have been pretty fun.